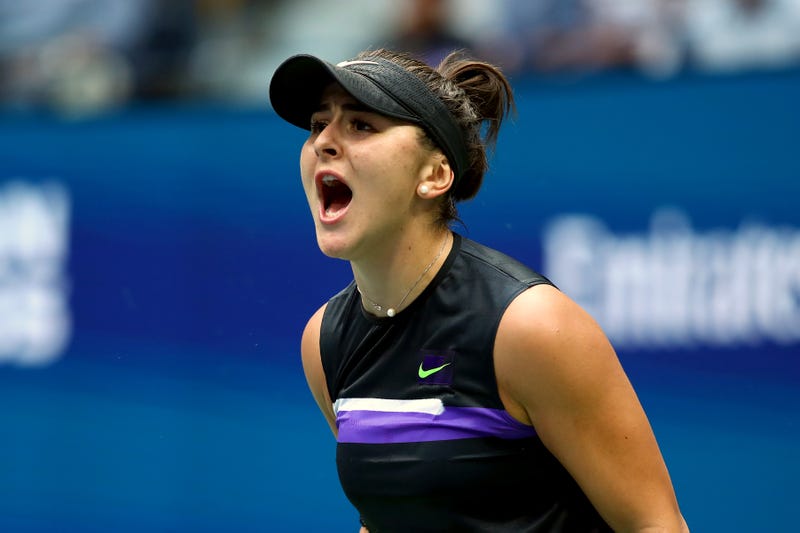 (WFAN) - Canadian teenager Bianca Andreescu built a big lead and then held on to upset Serena Williams 6-3, 7-5 in the U.S. Open final for her first Grand Slam title.

Andreescu's victory Saturday prevented Williams from claiming what would have been her record-tying 24th major singles championship.

This is the second year in a row that Williams has lost in the U.S. Open final.

She has now been the runner-up at four of the seven majors she has entered since returning to the tour after having a baby two years ago.

Andreescu displayed the same sort of big serving and big hitting that Williams usually does. Williams was not at her best, either, getting tight at key moments, including double-faulting on the last point of three games to get broken.

The 19-year-old Andreescu is the first woman to win the U.S. Open in her tournament debut in the Open era, which began in 1968.