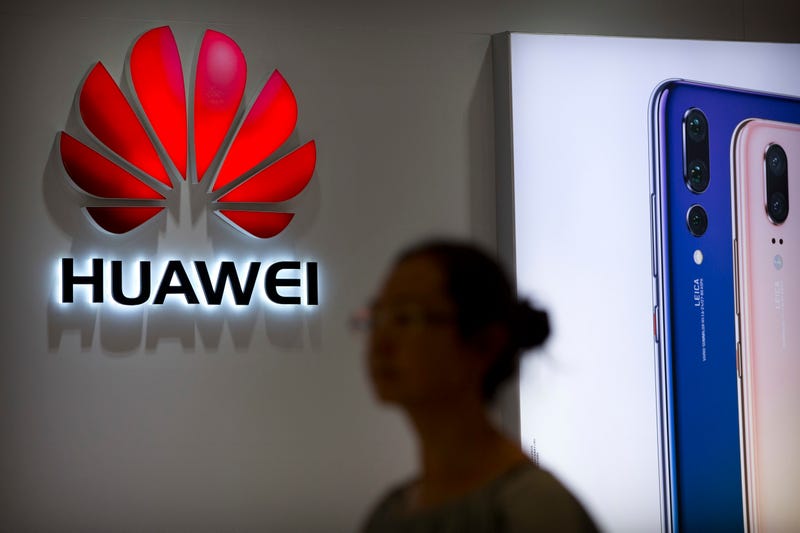 Photo credit FILE - In this July 4, 2018, file photo, a shopper walks past a Huawei store at a shopping mall in Beijing. Canadian authorities said Wednesday, Dec. 5, 2018, that they have arrested the chief financial officer of China's Huawei Technologies for possible extradition to the United States. (AP Photo/Mark Schiefelbein, File)
By The Associated Press
December 6, 2018 12/06/2018 3:34 am

TORONTO (AP) — Canadian authorities said Wednesday that they have arrested the chief financial officer of China's Huawei Technologies for possible extradition to the United States.

China demanded her immediate release, and a former Canadian envoy to China warned the case might lead to retaliation by the Chinese against American and Canadian executives.

Justice Department spokesman Ian McLeod said Meng Wanzhou was detained in Vancouver, British Columbia, on Saturday. Meng is a prominent member of Chinese society as deputy chairman of the board and the daughter of company founder Ren Zhengfei.

McLeod said a publication ban had been imposed in the case and he could not provide further details. The ban was sought by Meng, who has a bail hearing Friday, he said.

Huawei issued a statement saying Meng was changing flights in Canada when she was detained "on behalf of the United States of America" to face "unspecified charges" in New York.

"The company has been provided very little information regarding the charges and is not aware of any wrongdoing by Ms. Meng," the statement said.

Huawei said it complies with all laws and rules where it operates, including export controls and sanctions of the United Nations, the U.S. and European Union.

The Chinese Embassy in Ottawa said her human rights were violated and demanded she be freed.

"The Chinese side firmly opposes and strongly protests over such kind of actions which seriously harmed the human rights of the victim," the statement said.

A foreign ministry spokeswoman, Hua Chunying, said then that China hoped the U.S. would refrain from taking actions that could further undermine investor confidence in the U.S. business environment and harm its domestic economy.

Trump has threatened to raise tariffs on Chinese goods in response to complaints that Beijing improperly pressures foreign companies to hand over technology. That is widely seen as part of a broader effort by Washington to respond to intensifying competition with Chinese technology industries that Trump says benefit from improper subsidies and market barriers. The escalating trade war is threatening world economic growth and has set global investors on edge.

"That's something we should be watching out for. It's a possibility. China's plays rough," Mulroney said. "It's a prominent member of their society and it's a company that really embodies China's quest for global recognition as a technology power."

Mulroney said Canada should be prepared for "sustained fury" from the Chinese and said it will be portrayed in China as Canada kowtowing to Trump. He also said the Iran allegations are very damaging to Huawei and said China will push back hard.

Wenran Jiang, a senior fellow at the Institute of Asian Research at the University of British Columbia, noted the arrest took place on the same day Trump met with Chinese President Xi Jinping to discuss the trade war after the close of the G-20 summit in Argentina.

"She was in transit though Vancouver. That means the intelligence agencies in Canada and the U.S. were tracking her and planning to arrest her for some time," he said. "The Chinese will read this as a planned conspiracy to do damage."

He foresees a crisis in relations between the three countries if she is extradited and said any talk of free trade agreement between Canada and China would be over.

U.S. Sen. Ben Sasse, a Republican member of the Senate Armed Services and Banking committees, said Huawei is an agent of China's communist party and applauded Canada for the arrest.

"Americans are grateful that our Canadian partners have arrested the Chief Financial Officer of a giant Chinese telecom company for breaking U.S. sanctions against Iran," he said.