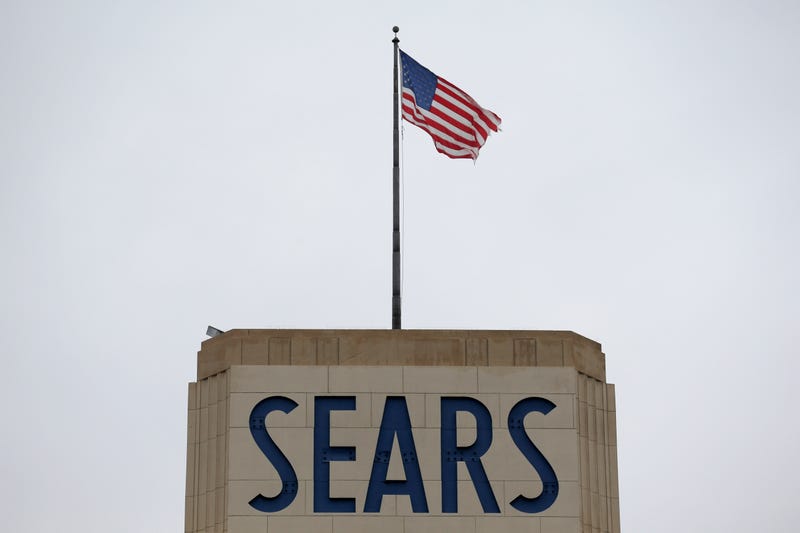 Before there was Amazon — or, for that matter, Home Depot or Walmart or Kmart — there was Sears.

From its beginnings as a mail-order watch business in Minneapolis 132 years ago, the company grew to become America's everything-under-one-roof store and the biggest retailer in the world.

For generations of Americans, the brick-like Sears, Roebuck and Co. catalog was a fixture in just about every house — a miscellany of toys and clothes and furnishings and hardware that induced longing for this or that dream purchase. The Sears brand loomed as large over the corporate landscape as its 108-story basalt-like headquarters did over the Chicago skyline.

"It was the Amazon of its day," said Mark Cohen, a professor of retailing at Columbia University and a former Sears executive.

But how the mighty have fallen: Plagued by falling sales and heavy debt, Sears filed for Chapter 11 bankruptcy reorganization Monday and announced plans to close 142 of its 700-plus remaining stores and eliminate thousands of jobs in a bid to stay afloat, if only for a while.

Analysts have their doubts it will survive.

"In our view, too much rot has set in at Sears to make it (a) viable business," Neil Saunders, managing director of GlobalData Retail, said in a note to investors.

Its bankruptcy was years in the making. Sears diversified too much. It kept cutting costs and let its stores become fusty in the face of increasing competition from the likes of Walmart and Target. And though it expanded onto the Internet, it was no match for Amazon.

"In point of fact," Cohen said, "they've been dead for a very long time."

In its bankruptcy filing, Sears Holdings, which operates both Sears and Kmart stores, listed assets of $1 billion to $10 billion and liabilities of $10 billion to $50 billion. It said it has lined up $300 million in financing from banks to keep operating and is negotiating an additional $300 million loan.

Sears was born in 1886, when Richard W. Sears began selling watches to supplement his income as a railroad station agent in North Redwood, Minnesota. By the next year, he had opened his first store in Chicago and had hired a watchmaker named Alvah C. Roebuck.

The company published its first mail-order catalog in 1888. Together with companies like Montgomery Ward and J.C. Penney, Sears helped bring American consumer culture to middle America.

"It's hard to imagine now how isolating it was to live in a small town 100 years ago, 120 years ago," said Marc Levinson, author of "The Great A&P and the Struggle for Small Business in America." ''Back before the days of cars, people might have a ride of several days in a horse and buggy just to get to the nearest train railhead, nearest train station."

"What Sears did was make big-city merchandise available to people in small towns."

There was a time when you could find just about anything for your house in the Sears catalog — including a house. Between 1908 and 1940, the company sold about 75,000 build-from-a-kit houses, many of which still stand.

Sears' offerings could cover you from cradle to grave: It even sold tombstones. In between, there was everything from girdles to socket wrenches, dresses to guns, dolls to washing machines.

The Sears catalog "was second only to the Holy Bible in terms of the household importance," said 71-year-old novelist Allan Gurganus, author of "The Last Confederate Widow Tells All." He grew up in Rocky Mount, North Carolina, and recalls the way tenants on his grandfather's farm loved the catalog.

When the new one would arrive, Gurganus said, the old one was consigned to the outhouse for use as reading material and, well, toilet paper. He said they always started at the back of the book first.

"That's where the least important parts are — the plumbing fixtures and so forth," he said with a laugh. "I was especially interested in the underwear ads."

Gurganus uses the catalog as a research tool for his novels. A 1917 edition occupies his bedside table. He still has the six-string Silvertone guitar he ordered in 1963.

For generations, Sears was the innovator in practically every area, including home delivery, product-testing laboratories and employee profit-sharing. When post-World War II prosperity led to the growth of suburbia, Sears was well-positioned to cash in on another major development — the shopping mall.

Between 1981 and 1985, the company went on a spending spree, acquiring the stock brokerage Dean Witter Reynolds and the real estate company Coldwell, Banker. It launched the Discover credit card nationwide.

"They diverted all of their retail cash flow into other enterprises," Cohen said. "And the retail business had come apart at the seams."

Sears eventually got rid of those businesses. And to save money and generate capital, it sold off some of its most familiar brands, Craftsman and DieHard among them. In 1993, it killed the general merchandise catalog. Not long thereafter, its sold its skyscraper.

Sears introduced its popular "Come see the softer side of Sears" ad campaign in 1993 and had a turnaround starting in the mid- to late 1990s, but it didn't last long.

Retail historian Vicki Howard, author of "From Main Street to Mall: The Rise and Fall of the American Department Store," said Sears was too slow to adapt as consumers drifted away from the malls and more toward online shopping and big-box stores farther out in the suburbs.

Levinson said that for too long, Sears catered to "a broad middle market" and failed to change with the times.

"There are a lot of stores specializing in particular parts of the market, and no longer very many stores that are seeking to serve everyone," he said. "And so Sears was stuck there in the middle at a time when the market was fragmenting."

"It's an American tragedy," he said. "It did not have to be this way."

Breed contributed to this report from Raleigh, North Carolina, D'Innocenzio from New York.