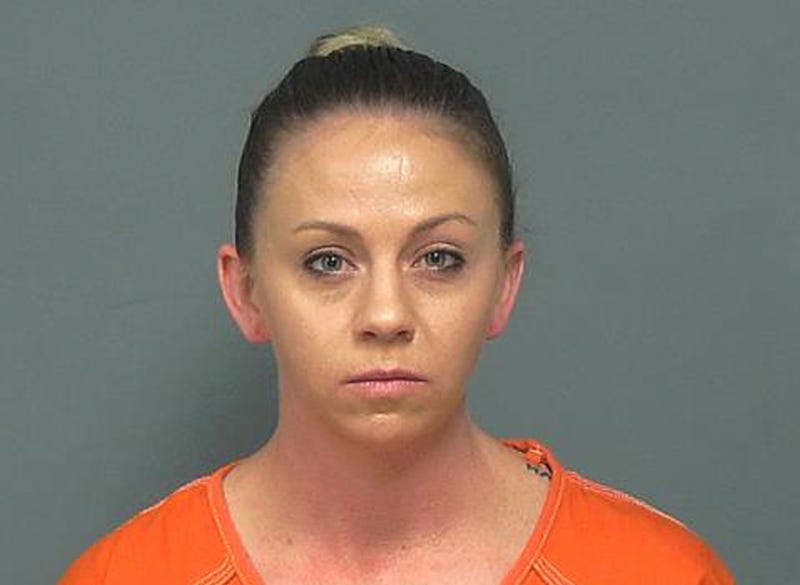 Photo credit This photo provided by the Mesquite Police Department shows Amber Guyger, taken Friday, Nov. 30, 2018. Former Dallas police officer Guyger was indicted on murder charges Friday, nearly three months after she fatally shot an unarmed black neighbor whose apartment she said she entered by mistake, believing it to be her own. (Mesquite Police Department via AP)
By The Associated Press

DALLAS (AP) — A white former Dallas police officer was indicted on a murder charge Friday, nearly three months after she fatally shot an unarmed black neighbor whose apartment she said she entered by mistake, believing it to be her own.

Amber Guyger told fellow officers that she opened fire when Botham Jean appeared in the darkness.

Jean's relatives joined the district attorney for the announcement of the charge. Jean, a 26-year-old native of the Caribbean island nation of St. Lucia, attended college in Arkansas and had been working in Dallas for accounting and consulting firm PwC.

"I truly believe that she inflicted tremendous evil on my son," Jean's mother, Allison said after the announcement. "He didn't deserve it. He was seated in his own apartment."

Guyger was arrested on a manslaughter charge three days after the Sept. 6 shooting, prompting criticism that the original charge was too lenient. But Dallas County District Attorney Faith Johnson said at the time that the grand jury could upgrade the charge, which it did Friday.

"When you look at the facts of this case, we thought that it was murder all along," Johnson said.

After finishing her shift, Guyger told investigators , she returned home in uniform and parked on the fourth floor of her apartment complex's garage, rather than the third floor, where her unit was located, according to an affidavit prepared by the Texas Rangers.

She said she got to what she thought was her apartment — Jean's was directly above hers — and found the door ajar. She opened it to find a figure standing in the darkness. She said she pulled her gun and fired twice after the person ignored her commands.

Guyger, 30, has since been fired from the department, and Jean's family has filed a lawsuit against Guyger and the city of Dallas. The federal suit argues that Guyger used excessive force in the shooting and contends the department did not give her adequate training.

The circumstances of the shooting sparked outrage and led many to question Guyger's account. Critics, including Jean's family, also wondered why it took three days for Guyger to be charged, why she was not taken into custody immediately after the shooting and whether race played a factor in her decision to use deadly force.

After the indictment was issued, Guyger turned herself in and posted bond a second time. She had been free on bond since her arrest.

With the murder charge, she faces up to life in prison if convicted. A manslaughter charge would have brought a sentence of up to 20 years.

Her attorney, Robert Rogers, said he was not surprised by the indictment, citing the political pressure surrounding the case and a wave of "vindictive emotion" targeting his client. He said Jean's mother testified before the grand jury, which he described as highly unusual.

"This is groundbreaking, but it is also just a start," Merritt said. "We are focused on seeing this case through (to) a proper conviction and through an appropriate sentencing."

Dallas Police Chief Renee Hall said her department continues "to feel anguish" over the shooting. She described it as a "tragic event" and asked people to pray for Jean's family.

Jean's killing thrust Dallas into the national conversation about the intersection of race and law enforcement, a dialogue revived by the high-profile trials of officers charged with murder in police shootings.

And in August, white former Dallas-area officer Roy Oliver was convicted of murder for firing into a car filled with black teenagers leaving a house party in 2017. Fifteen-year-old Jordan Edwards was fatally shot.