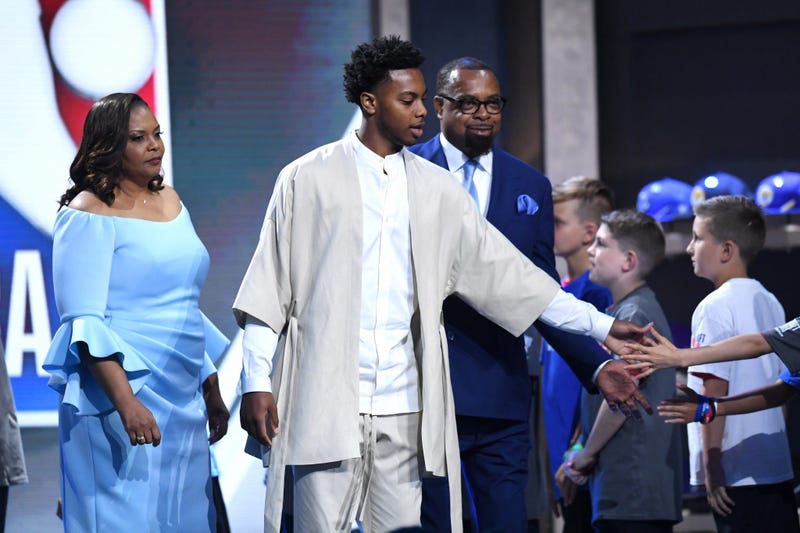 MILILANI, Hawaii (AP) — Val Okimoto, a mother of two, may be the Republican Party's best hope in Democrat-dominant Hawaii.

The former special education teacher is spending long days knocking on doors in the suburban Honolulu town of Mililani, listening to voters fret about the high cost of living and their rising expenses. She believes they're ready to elect someone like her to the state House. "There's been a disconnect between the people who represent us and what I call 'us normal people' that live in the community," Okimoto said in a recent interview.

The Republican Party currently has just five representatives in the 51-member state House. All 25 state senators are Democrats, as is the governor and the entire congressional delegation. Shirlene Ostrov, the party's chairwoman, is bringing in experienced staffers from the mainland to professionalize local campaigns, and is working to build its donor base and recruit candidates.

There's still a long way to go. Republicans are contesting just 5 of the 13 state Senate seats next month and only 17 of the 51 House seats. Ostrov said the party is focusing on candidate quality, not quantity.

"We targeted districts we could win and recruited candidates that would help us win some seats. We know that if we do that every time we can slowly increase our numbers," she said.

The GOP in Hawaii has struggled since the 1950s, as labor unions increasingly organized workers in once numerous sugar and pineapple plantations. Democrats first swept into power that decade ushered in a minimum hourly wage and more spending on education. In later decades they pursued reforms that boosted middle class land ownership and mandates for employer-provided health insurance.

The GOP became associated with an era before statehood when white plantation owners dominated Hawaii's economy and government. It was a time when the U.S. territory's mostly non-white workers struggled for fair wages, education and career opportunities and things like getting loans from banks.

Of the seven governors elected since Hawaii became a state 1959, only one has been a Republican. In recent years, electoral losses and multiple defections by elected Republican lawmakers to the Democratic Party have whittled the party's numbers further.

Last year, Republicans in the state House demanded the resignation of their minority leader, Beth Fukumoto, after she criticized misogynistic remarks by President Donald Trump. She quit the party soon after and joined the Democrats, leaving House Republicans with just five members.

Bob McDermott, a Republican state representative from suburban Ewa Beach, says the future of the party lies in socially conservative voters in suburbs and rural areas west of Honolulu. But, he said, the party has to find candidates that match the demographics of their district.

Ostrov said the party has pulled in a broad cross-section of Hawaii's people.

"This is not your Hawaii Republican Party of yesterday. It's a very diverse party. It represents all demographics of our islands," said Ostrov, who is Filipino. She notes its 17-member executive committee includes a Native Hawaiian, Samoan, Filipino, Japanese, Korean, African-American and Caucasian.

Okimoto, who is seeking a vacant state House seat, is part Filipino, Japanese and Caucasian. She grew up on the island of Kauai and believes her background as a teacher resonates with voters.

Okimoto is opposed to "excessive taxation" and abortion. She supports the rights of gay people, but opposes redefining marriage. Hawaii was one of the first states to legalize abortion, in 1970, three years before Roe v. Wade. It legalized same-sex marriage in 2013.

Fukumoto represented the area as both a Republican and then a Democrat.

Okimoto's opponent, Marilyn Lee — a mother of four and a grandmother of eight — represented the area until Fukumoto ousted her in 2012.

She said an Okimoto win would send "a very conservative woman" to the Legislature at a time when Republican control of the White House, potentially Congress and a new conservative majority on the U.S. Supreme Court may mean Hawaii will have to do more to protect women's access to health care.

"Even though we have a Democratic majority, I think we need women who are really strongly willing to fight for these things," Lee said.

Ostrov said the party's strategy toward winning is simply logical and pragmatic.

"What the Republican Party is focused on is making incremental changes in order to provide the state of Hawaii a choice, in that we would provide a viable two-party system," Ostrov said.