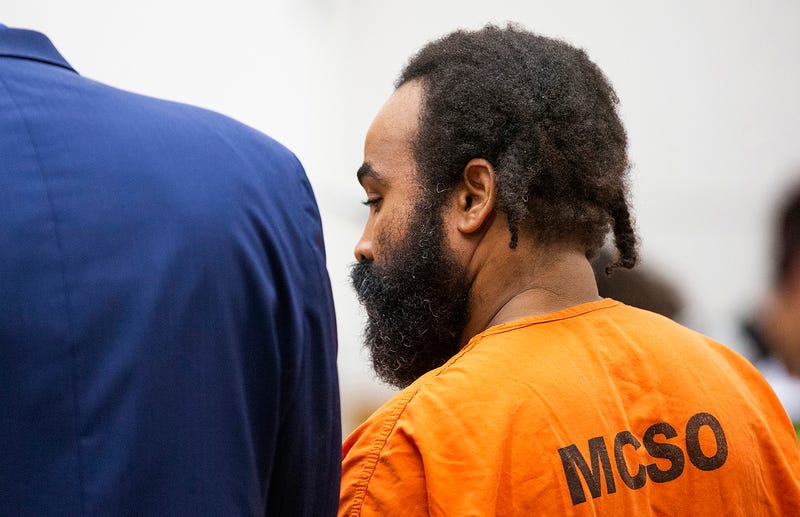 Photo credit FILE - In this Feb. 5, 2019, file pool photo, Nathan Sutherland, accused of raping and impregnating a patient at Hacienda HealthCare, is arraigned in Maricopa County Superior Court in Phoenix, Ariz. The rape of an incapacitated woman at this facility is driving Arizona to catch up to 10 states with laws or regulations governing electronic monitoring and other technology aimed at deterring abuse inside long-term care facilities. Renewed attention on safeguarding vulnerable residents at care centers comes after an incapacitated woman gave birth at the Phoenix facility in Dec. 2018. (Tom Tingle/The Arizona Republic via AP, Pool, File)
By The Associated Press

PHOENIX (AP) — Arizona is trying to catch up to 10 states with laws allowing electronic monitoring and other technology aimed at deterring abuse of vulnerable people at long-term care facilities following the rape of an incapacitated Phoenix woman who later gave birth.

Cameras are most commonly used, but they pose privacy issues, and advocates and experts disagree about their effectiveness. Some say video surveillance can help in criminal cases but may not stop attacks, while others have seen improvements and urge any effort to safeguard those who are aging, sick, disabled or otherwise unable to protect themselves.

The Arizona House is considering a measure that would let certain facilities install video surveillance in common areas. The provider would have to detail how to avoid privacy violations.

"We're looking into how to make it so parents have more reliable ways to ensure their loved ones are safe," Republican Rep. Nancy Barto, the measure's sponsor. "I'm learning a lot of group homes already do this. Some of those policies are actually working."

Most of those laws place the option and cost of electronic monitoring on residents and their guardians. A majority of the laws say residents or their surrogates can put a camera or monitoring device in their room but would need to notify the facility, among other conditions.

Carole Herman, founder of the advocacy group Foundation Aiding the Elderly, isn't sure cameras would have helped her aunt who died of bedsores in a nursing home but that they might be useful in other cases.

Cameras in hallways can show who is at a patient's bedside and how often they're getting care, she said. She questions why any facility would oppose them.

"The industry doesn't want it obviously," Herman said. "But if they care about these people, what's the resistance to these cameras?"

Nicole Jorwic, director of rights policy at The Arc, a national advocacy group serving people with intellectual and developmental disabilities, cautioned that cameras are not a "magic pill."

"Even if the law's written perfectly well, it's not going to capture every form of abuse and neglect," Jorwic said.

While cameras could help in catching an abuser, it's not clear they're effective at preventing violence, said Brian Lee, a former Florida long-term care public advocate who heads the advocacy group Families for Better Care.

"As far as prevention, I don't know," Lee said, "but I've seen it used for prosecution."

But one expert says a properly designed closed-circuit TV system with multiple monitoring points can be a good deterrent. A common mistake is to have one monitoring area that nobody is watching, which makes cameras reactive instead of proactive tools, said Steve Wilder, president of Sorensen, Wilder & Associates, an Illinois-based health care safety and security consulting group that works primarily with hospitals and senior living communities.

"A lot of facilities think cameras give the message of 'We're not a safe facility.' Nothing could be further from the truth," Wilder said.

Details were not known about the security system at the Phoenix facility, where a licensed nurse is accused of sexually assaulting a 29-year-old woman who had a baby boy Dec. 29.

Hacienda HealthCare said Thursday that it was closing the intermediate care facility that serves young people with intellectual or developmental disabilities and would work with the state to move patients elsewhere.

After the birth, the Arizona Department of Health Services implemented new safety measures at Hacienda, including more monitoring of patient care areas but not video cameras.

The department declined to comment on the surveillance legislation Thursday.

In Texas, a 2013 law allowing facilities to install and operate video surveillance equipment in common areas has made an impact, health officials said. Devices can only be placed in the state's 13 intermediate care facilities, which serve nearly 3,000 patients with intellectual disabilities.

Cameras have both confirmed and cleared staff in allegations of abuse, neglect or exploitation.

"There was an initial rise as (the Department of Family Protective Services) was able to confirm cases more readily, but since then, the rates have fallen," Carrie Williams, a Texas Health and Human Services Commission spokeswoman, said in an email.

New Jersey has taken a different approach. Its "Safe Care Cam" program aims to catch abuse or neglect by allowing residents to borrow a hidden camera.

A loaner camera led to the January arrest of a caretaker at an assisted living facility. The attorney general's office said footage showed her slapping a 90-year-old bedridden woman on the hand and roughly pushing her head back onto a pillow several times. The victim couldn't communicate verbally because of a stroke.

In Arizona, the lawmaker behind the camera legislation said it has "a good chance" of passing. As chairwoman of the House Health & Human Services Committee, Barto can likely get the measure a hearing.

Gov. Doug Ducey, a Republican, is usually skeptical of regulations and has touted his record of rolling them back, but the Republican has ordered agencies to improve protections for people with disabilities.

Arizona also is considering legislation that would require facilities like Hacienda to get a state license and conduct background checks of employees that care for clients. So far, neither bill is scheduled for a vote.