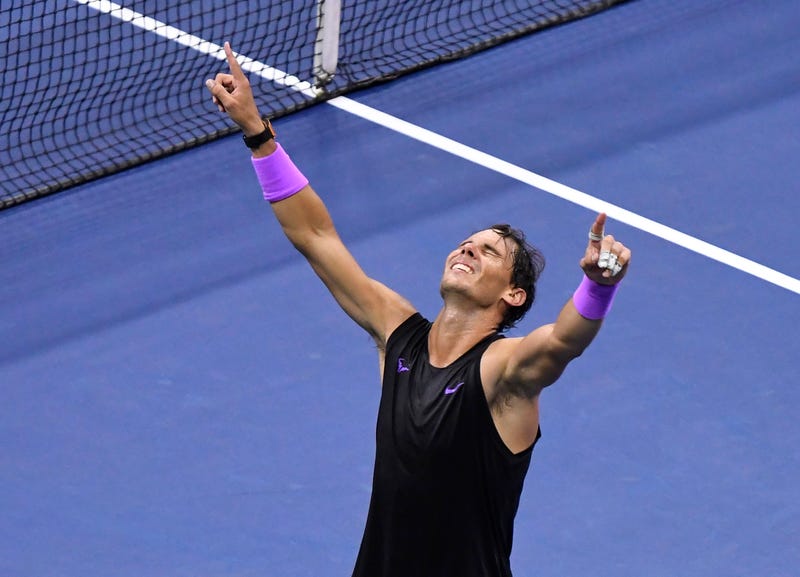 The second-seeded Nadal's victory Sunday moves him within one major championship of Roger Federer for the most by a man in tennis history.

This one did not come easily, even though Nadal took the first two sets and was ahead by a break at 3-2 in the third.

Medvedev came back by shifting styles and breaking Nadal in the last game of each of the next two sets to force a fifth.

But Medvedev couldn't quite become the first man in 70 years to win a U.S. Open final after trailing two sets to none.