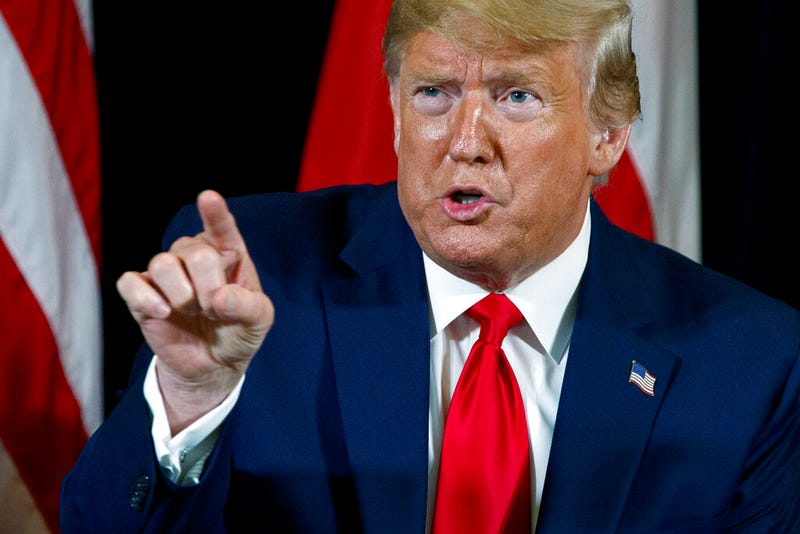 In the call, Trump raised unsubstantiated allegations that the former vice president sought to interfere with a Ukrainian prosecutor's investigation of his son Hunter.

"There's a lot of talk about Biden's son, that Biden stopped the prosecution and a lot of people want to find out about that," Trump said to Ukrainian President Volodymyr Zelenskiy.

The conversation between the two leaders is one piece of a whistleblower's complaint, which followed the July 25 call. The complaint is central to the formal impeachment inquiry launched Tuesday by House Speaker Nancy Pelosi.

The release of the rough transcript set the parameters of the political debate to come, with Trump dismissing it as routine and Democrats saying it laid the ground for an impeachment inquiry.

The connection to Attorney General William Barr marked a new and potentially more serious issue for Trump because it shows he took steps to involve the U.S. government with a foreign country to investigate a political rival.

Trump aides believed that his oblique, message-by-suggestion style of speaking would not lend itself to the discovery of a "smoking gun" in the transcript. His messages to his staff were at the center of special counsel Robert Mueller's investigation into obstruction of justice in the Trump-Russia case.

One example in the transcript: Trump says to Zelenskiy, "I would like for you to do us a favor though because our country has been through a lot and Ukraine knows a lot about it."

Trump has recently confirmed that he ordered the freezing of nearly $400 million in aid to Ukraine a few days before the call.