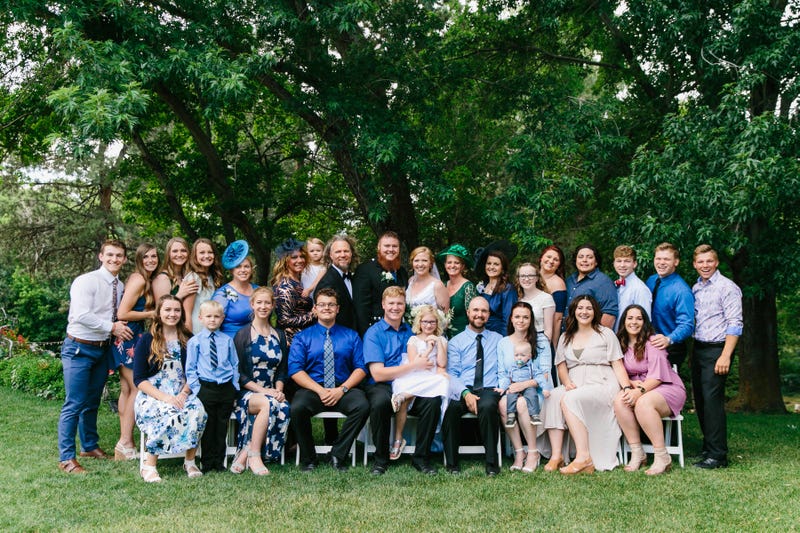 FLAGSTAFF, Ariz. (AP) — The patriarch of the polygamous family from TV's "Sister Wives" drove around his new hometown in northern Arizona, admiring the mountain views but still thinking about the heap of boxes that needed sorting at the homes he rented for his four wives and 18 children.

"We moved to heaven, but we're in living hell right now," Kody Brown said, laughing, during a recent phone interview with The Associated Press.

Packing up four moving trucks in Las Vegas during triple-digit July heat and taking his family to Flagstaff, a liberal college city in largely conservative Arizona, was no easy task.

But the Browns said they needed a new place to call home — and film their TLC reality show — after realizing they didn't want to grow old in Las Vegas. They said they lived there in "exile" after fleeing Utah in 2011 under the threat of prosecution following the premiere of their groundbreaking show.

Flagstaff residents have a "live and let live" attitude, and the City Council has passed resolutions promoting diversity and inclusion. The city has snowy winter seasons and is a popular destination for desert dwellers to cool off.

That open-mindedness and beauty attracted the Browns after they ruled out returning to Utah, where they feel discrimination persists against plural families.

"Let's just say there's a lot of hippies in Flagstaff, and they're awesome," Brown said.

Being married to more than one person, or bigamy, is illegal across the United States. The law in Mormon-heavy Utah is considered stricter because of a unique provision that bars married people from living with a second "spiritual spouse."

The Church of Jesus Christ of Latter-day Saints abandoned polygamy in 1890 and strictly prohibits it today. The Browns consider themselves fundamentalist Mormons.

In a memo addressing legal questions about the family, Flagstaff police said Brown could not be charged with bigamy because he is legally married to one woman, Robyn Brown. The patriarch says he's "spiritually married" to the other three women.

The Browns bought four lots totaling almost 15 acres a few miles from downtown Flagstaff for $820,000 in June, according to property records. They said they eventually plan to build a home or homes but are now living in four rentals scattered throughout the community.

Producers told city officials the TV show will do most of the filming at the homes and in a commercial building space the Browns rented. Season eight of "Sister Wives" is set to debut on TLC in January 2019.

Flagstaff has been abuzz about the move, with residents sharing sightings of the family on social media.

Pete Page lives across the street from the Browns in a quiet neighborhood where homes are spread out amid a meadow and surrounded by ponderosa pine trees. He doesn't object to the family's lifestyle but doesn't want to see environmental damage, streets blocked off for filming, more traffic and noise, or fans driving around trying to get a glimpse.

"Everyone has the same concern: 'Is this going to turn into a circus?'" fellow neighbor Michael Reidy said. "Most of us don't think it will, but that will be the fear."

Jessie Luckey, who lives in east Flagstaff with her husband and two children, said she enjoyed watching "Sister Wives" and would be courteous to the family, but views their lifestyle as patriarchal and sexist.

"This is not a culture I want here," she said, "normalizing a behavior that I don't think should be normalized."

The Browns initially imagined returning to Utah despite suing over its unique cohabitation law, alleging it violated their religious freedom. They scored an early legal victory, but an appeals court ruled they couldn't sue because they had not been charged under the law.

"Utah is hostile toward polygamists," Kody Brown said. "There is a very natural and subtle discrimination from the public because of those anti-polygamy laws."

The family doesn't regret its time in Nevada, where the kids blossomed because they could be normal and not singled out as polygamous kids like in Utah, the wives said. They now range in age from 2 to 24.

Three of the Browns' children are married, and two others are in serious relationships — including one daughter who is a lesbian. None plans to practice polygamy.

"I am very comfortable with their choices regardless of what they are," Brown said.