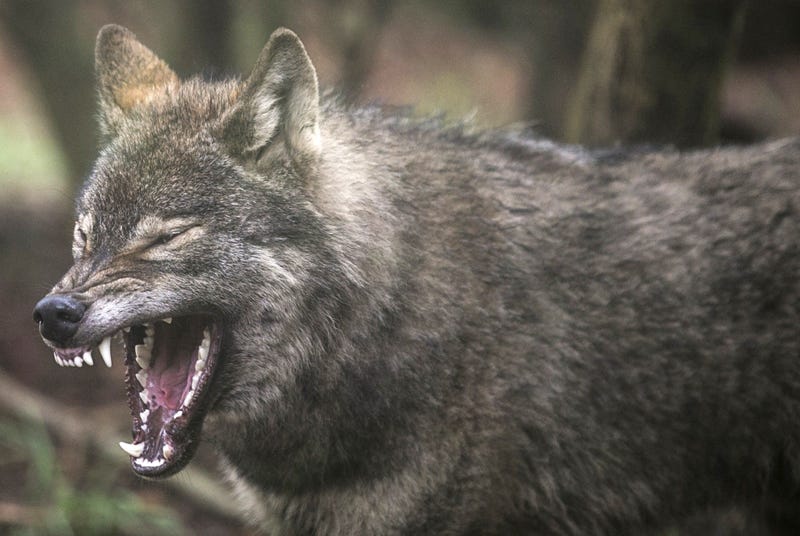 RICHMOND, Va. (AP) — Virginia's Democrats struggled to find their way out of three interlocking political crises Thursday that could bring down the party's top elected officials and put a Republican in the governor's chair.

With Gov. Ralph Northam's career in peril over a racist photo in his 1984 medical school yearbook, the state attorney general acknowledged on Wednesday that he put on blackface when he was in college, and a woman publicly accused the lieutenant governor of sexually assaulting her 15 years ago.

While nearly the entire Democratic establishment rose up against Northam over the past week to demand he resign, party members did not call for immediate resignations over the two latest developments, which threaten to cause a political chain reaction that could make a GOP legislative leader the governor.

President Donald Trump accused the Democrats of a double standard, tweeting: "If the three failing pols were Republicans, far stronger action would be taken."

In a statement Thursday night, Virginia's Legislative Black Caucus reiterated its call for Northam to resign, but stopped short of calling for Lt. Gov. Justin Fairfax or Attorney General Mark Herring to step down. Fairfax would become Virginia's second black governor if Northam stepped down.

The black lawmakers said the sexual assault allegation against Fairfax must be "thoroughly investigated." They also said that while they appreciated Herring's "candor" in admitting to wearing blackface, they "await further action on his part to reassure the citizens of the Commonwealth of his fitness for leadership."

Shortly afterward, the state's two U.S. senators and seven Democratic congressmen took a similar approach. They released a joint statement calling for an investigation into Fairfax and urging Herring to continue to be "engaged in in-depth discussions with leaders and others in Virginia ... if he is to regain (the public's) trust."

Quentin Kidd, a political science professor at Christopher Newport University, had initially predicted Northam would be unable to hang on to office for more than a week. Now, with all three top Democrats in trouble, the equation has changed, he said.

He said it is possible all three could survive just out of political necessity because conservative Republican House Speaker Kirk Cox would be next in line for governor if they all resigned.

The Democrats' "moral clarity" last week has given way to the realization they could "lose power completely at the executive level," Kidd said. He likened the situation to three sinking boats "that suddenly lash themselves together and find they can float."

Several top Democratic female lawmakers in Virginia declined to comment Thursday on an allegation of sexual assault that California college professor Vanessa Tyson made against Fairfax. Tyson said Fairfax forced her to perform oral sex at a hotel in 2004 during the Democratic National Convention in Boston. Fairfax has denied the allegations, casting them as a political smear.

State Sen. Barbara Favola said "it's still a he-said, she-said" and suggested an investigation should be done in Massachusetts.

In Washington, Virginia's Democratic Senator Tim Kaine said he, too, would prefer to know more before reaching a conclusion. He said that the accuser offered "a very compelling and detailed statement of a serious, serious charge," while Fairfax has given "a very unequivocal denial."

Asked whether Northam should stay in office, Kaine replied: "No. We've reached a conclusion and we've made a recommendation."

Meanwhile, the Rev. Al Sharpton said in a fiery speech at historically black Virginia Union University that Northam and Herring must step down over their blackface admissions, and the allegations against Fairfax should be investigated thoroughly.

The civil rights leader said he came to Richmond to deliver a message to the governor: "I'm not going to be your minstrel!"

Members of the crowd of 300 students, faculty, clergy and political leaders shouted in agreement and jumped to their feet several times during Sharpton's speech.

The governor is under fire over the discovery of a photo on his yearbook profile page of someone in blackface standing next to a person in a Ku Klux Klan hood and robe. Northam initially said he was in the photo, then denied it, but acknowledged putting shoe polish on his face for a dance contest in Texas in 1984, when he was in the Army.

On Wednesday, Herring, who had been urging Northam to step down, admitted wearing blackface to look like a rapper during a party when he was a 19-year-old at the University of Virginia in 1980. He apologized for his "callous" behavior.

Up to now, the Democrats nationally have taken an aggressive stand against misconduct in their ranks, in part so that they can criticize Trump's behavior without being accused of hypocrisy.

Democrats in Virginia have expressed fear the crises could jeopardize their chances of taking control of the GOP-dominated legislature this year after big gains in 2017.