What our Audacy Check In with Shakira - NOW PLAYING 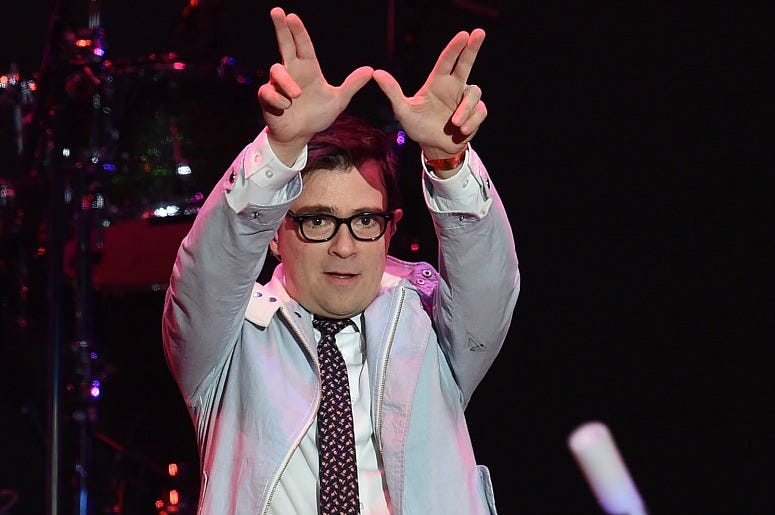 Weezer got the jump on Black Friday, taking Wednesday to the dark side and revealing details for the highly-anticipated release of The Black Album.

The darker and more experimental counterpart to 2016's The White Album has been long rumored, and has grown to mythical status among Weezer faithful. However, everyone can finally unwrap the mystery on March 1st, 2019.

Welcome to the dark side.

The Black Album (ft. Can't Knock The Hustle) arrives on 3/1/19. Pre-order now https://t.co/6U5DuNKlnj get your hands on one of the many bundles in the webstore https://t.co/ThBFzGBhLg (there’s something for everyone). pic.twitter.com/RglArmnD3z

Along with the announcement comes another sample of The Black Album, the brooding bop "Zombie Bastards." The video is literally dripping with darkness, as Rivers Cuomo brings his pop sensibility to a post-apocalyptic world.

Both "Zombie Bastards" and the album's lead single, "Can't Knock The Hustle" will be a part of The Black Album. You can get the song here, or pre-order the album here. The album was produced by TV On The Radio guitarist Dave Sitek, who has produced albums for artists like the Yeah, Yeah, Yeahs, Beady Eye, Santigold, and Kelis. The songs were all written on the piano by Rivers for the first time in Weezer history.

The band will head out on a North American tour in March with the Pixies, one week after the album's release. You can find the full list of dates here.