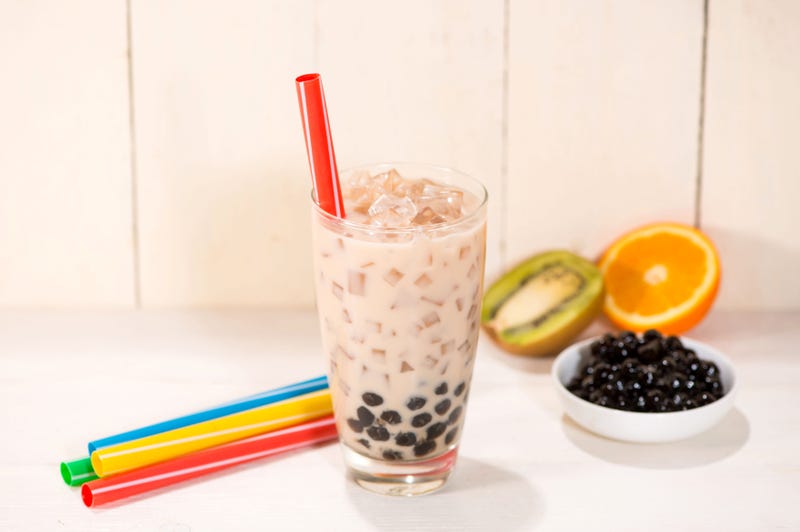 Bubble tea—the sweet tea beverage filled with tiny little pearls of tapioca that explode in your mouth—is big business. Some estimates say the industry will be worth more than $11 billion by the middle of the next decade. You can find shops slinging the stuff from Nepal to Nebraska, but it hasn’t just spread geographically. It’s now invading other beverages. An eagle-eyed beer enthusiast who lives in Japan found this:

Japan’s obsession with tapioca has reached beer and as a German I feel personally offended pic.twitter.com/eDxAF8I7gs

Your eyes are not deceiving you, that is a pint of boba beer. It’s actually called “Tapioca the Next, Tapioca Beer” and as Japan Today points out it’s available at a café in Japan called iBEER LE SUN PALM. And you beer purists out there will probably be unhappy to hear the café isn’t just putting the poppable pearls in a glass of pilsner. The drink actually comes in three flavors: strawberry, pineapple and kiwi. But we won’t sit here and yuck someone else’s yum. If someone in Japan wants to add a bit of texture and a bit of whimsy to their brew the iBEER LE SUN PALM seems like the place to go. The Japanese aren’t the only people experimenting with tapioca in their beer.

Will boba beer spread around the world the way bubble tea has? It doesn’t seem likely, but who knows. We live in a world of Kranch and guacamole cheese, so anything is possible.