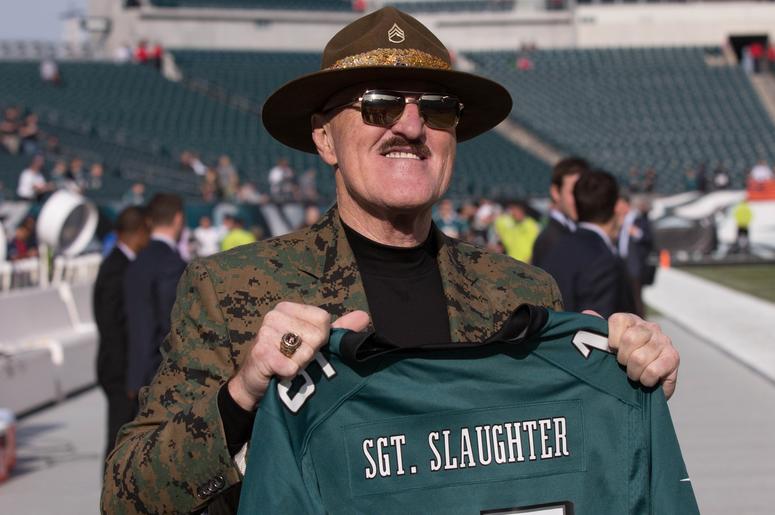 (CBS Sports Radio) WWE legend Sgt. Slaughter dropped by "Taz & The Moose" for a candid in-studio interview Thursday about the wrestling business: the upcoming WrestleMania 35, his Hall of Fame career, and the differences between the WWF of his era and the modern WWE.

“The athlete is so much better,” Slaughter said of today’s wrestlers. “They’re bigger, they’re stronger, they know how to work out correctly. They eat right: We just grabbed what we could on the road. We were our own doctors. Now we have doctors and chiropractors and trainers. We just abused our bodies, not only in the ring, but after. It’s just a better athlete, like any sport would be.”

Taz pointed out that the schedule also is more manageable these days. Slaughter agreed.

“I remember wrestling 14 times in one week,” Slaughter said. “There were (times) when I’d be gone 100 days or more at a time from home. ... I hollered at Vince (McMahon), I screamed at him, I rode with him. Finally we got him in the ring and I showed him what I was trying to tell him: the ring is our stage, and now we got the best rings possible.”

Sgt. Slaughter also shared his recollections of his classic hardcore "Alley Fight" with Pat Patterson at Madison Square Garden in the early 1980s, and mentioned Seth Rollins as one of his favorite current wrestlers.