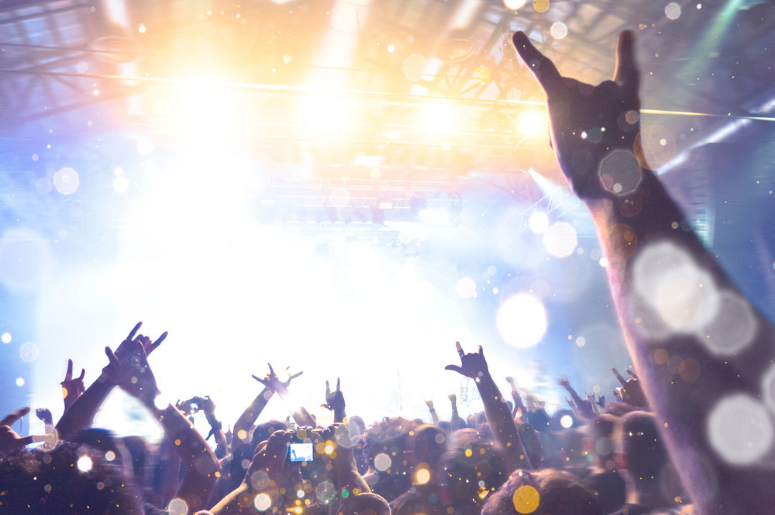 Whether it's the blues-soaked classics from Led Zeppelin, the sheer power of Metallica's most iconic riffs, the moving melodies of Disturbed, or the nostalgia evoked by Greta Van Fleet, rock music has without question proven one thing to the world -- it's here to stay.

As The Beatles, The Rolling Stones, and Black Sabbath were joined on the airwaves by Fleetwood Mac, Tom Petty, and the Eagles, rock radio evolved. Then, as Queen, Journey, and Guns N' Roses joined the mix, rock radio again evolved. When hair metal flipped to nu metal and punk turned to grunge, rock radio, yet again, evolved. Even today, rock radio is evolving as your appetite changes.

This year, RADIO.COM is proud to be the home of five different radio stations from coast to coast celebrating nearly five decades of leading the evolution of rock radio. Each station is the unparalleled leader in rock music in their hometown, and has been for more than 45 years. Check out each station below, and be sure to give them a listen on the RADIO.COM app too.

On February 1, 1974, KGON in Portland, Oregon started its day by playing the Beatles classic "Here Comes the Sun." That tune kicked off a 45 year run of playing the biggest rock hits heard throughout the Pacific Northwest. In the early 90s, the station adjusted its music slightly, opting to focus on classic rock almost exclusively. This year, KGON is celebrating its milestone with a number of trips down memory lane, including using #KGON45 on social media to share memories.

In the summer of 1972 an on-air experiment would launch one of the nation's most respected radio stations. Station management decided to give the DJs full control of what was being played at night. By 1976, WXRT made the switch to full-time rock. Nearly five decades later, XRT's playlist features over 5,000 songs and has become synonymous with taking chances when it comes to good music.

KISW - The Rock of Seattle for 48 Years

On February 20, 1971, KISW made the switch to rock and began its journey into music history. As punk evolved and rock fans grew tired of the glitz and glamour of hair metal, KISW found itself at the forefront of music's next huge wave -- grunge. While hundreds of radio stations across the country in the 1990s claimed to be the home for Nirvana or Soundgarden or Pearl Jam, it was only KISW that truly was. Even today, nearly 50 years later, the station remains an integral part of supporting the new wave of that Seattle sound.

Click here to visit 99.9 KISW The Rock of Seattle

In 1970, much like what happened in Chicago two years later, station management in Boston decided to give DJs complete control over the music. The result is one of the nation's most honored rock stations. Constantly evolving its playlists between hard rock, classic rock, alternative rock and other sub-genres, as well as mixing and matching songs depending on the taste of rock listeners, WAAF has run over all its competitors to become the premiere rock station in the United States.

Click here to visit WAAF 107.3 The Only Station That Really Rocks

With over 5 million songs played over the last 5 decades, WCMF in Rochester, New York is among the longest-tenured rock radio stations in America. Just like its younger brothers above, WCMF has mastered evolving with the trends of rock music. Back in 1969, WCMF was split between R&B during the day and underground rock in the evenings. But, in 1971, station management went all rock all the time and never looked back. Celebrate WCMF's golden anniversary by checking out just some of the legends who passed through their hallowed halls.