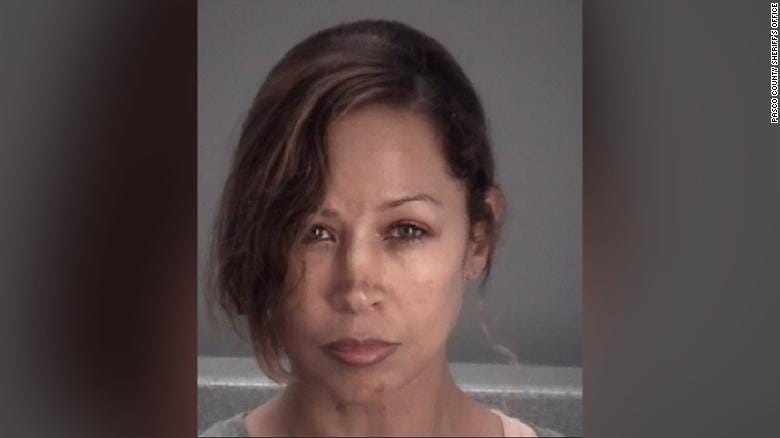 According to the Pasco County Sheriff's Office, Dash called 911 and was arrested after police saw the marks on her husband, attorney Jeffrey Marty's arm. She is also accused of pushing and slapping him.

The couple married in 2018 after a brief 10 days of dating. Marty, like Dash, is a Democrat turned Republican and devout Donald Trump supporter.

"The victim sustained red scratch marks to his upper left arm from being pushed," the report states.

Dash, 52, was taken into custody and transported to the Land O' Lakes detention facility without incident. She posted bail and was released on Monday morning, according to a spokesperson for the Pasco County Sheriff.

Dash ran briefly for Congress in 2018, in California's 44th district of L.A. County, but dropped out after two months, citing "overall bitterness surrounding our political process."