There’s a duality for everything in life - the light and the dark, two competing concepts that push and pull us through all our years. It’s something that Flea from the Red Hot Chili Peppers subscribes to, and he explores it throughout his new memoir, Acid for the Children.

The concept of duality is something that pops up all across the bassist’s youth and it's documented in the book, first in his relationship with his stepfather Walter. A gifted jazz musician tormented by addiction, Walter taught Flea valuable lessons on love and music and the balance of joy and pain. “You have to fail to have success, and you can’t enjoy success if you don’t have failure,” Flea tells RADIO.COM. 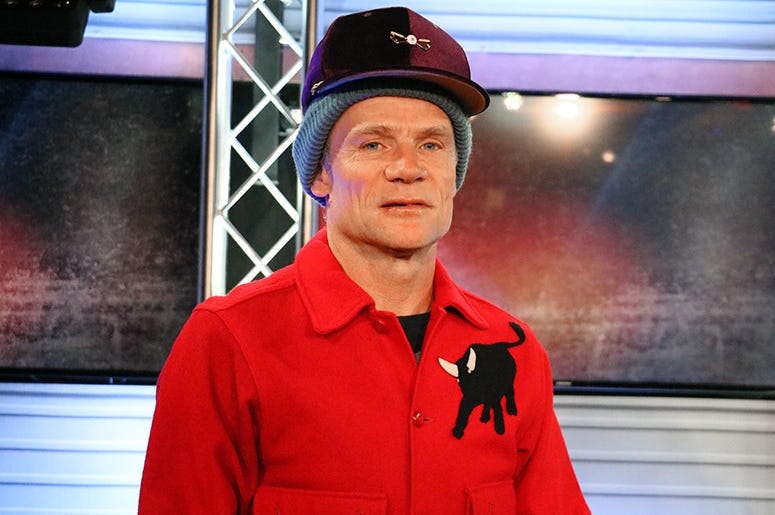 “While I learned the lessons of one, music is incredible, two, you can take all your demons and all your tortured energy and all your pain and put it into music and it can be the most remarkable alchemy, that’s healthy for the world because people get to enjoy something good and for yourself. I learned the most valuable lessons from him.”

The balance of that beautiful music and the often scary man behind it was the ultimate exercise in duality for Flea at an early age. The explosive violence that accompanied the euphoria was taxing as a child, but encompassed what he calls a “universal truth.”

“I’m not a religious man, but I believe in God. I have a spiritual practice,” Flea explains. “For me, the most perfect display of my idea of God, of God’s divine energy breathing through everything is that light and dark. You inhale, you exhale, everything, and it’s so perfect. Karma. Every act that you do that causes harm, that much harm comes to you.”

An understanding of this presence in the world has helped Flea through much of his life, and actually is a part of the balance that has made the Red Hot Chili Peppers a success. Although very different, sometimes to a point of cruelty, the cosmic duality between Anthony Kiedis and Flea has created something undeniably beautiful. The two have had “plenty of sunshine” according to Flea, but their differences and the rain is part of why it has worked for so long.

"Maybe I should have written more about, just the joy and love and all the creative stuff that we've shared," Flea admits about the book. "We've just had a fantastic friendship and relationship. It's been difficult. We're both very intense people and we butt heads, and he's someone that I trust and love. You hurt the people you love sometimes."

“I don’t really agree with that, about you have to be on the same page to make great music,” he says. “If I wanted to be in a band with everybody that thought like me and did what I wanted, then I might as well just do it by myself. What makes it really difficult is that, we disagree all the time and we fight and we hurt each others feelings…. The fact that we all come with a different idea and bring a different thing is the thing that makes the band work.”

“We all have this different thing so we all bring something completely different, and it’s hopefully having the togetherness as friends and trust, to bring all those things together and to realize each person has a different world view and a different creative expression,” he adds. “At our best, like the best s*** we’ve ever done, we were fighting like cats and dogs and disagreeing, you know what I mean? But ultimately respecting what everyone was bringing and knowing that it’s unique to who they are.” 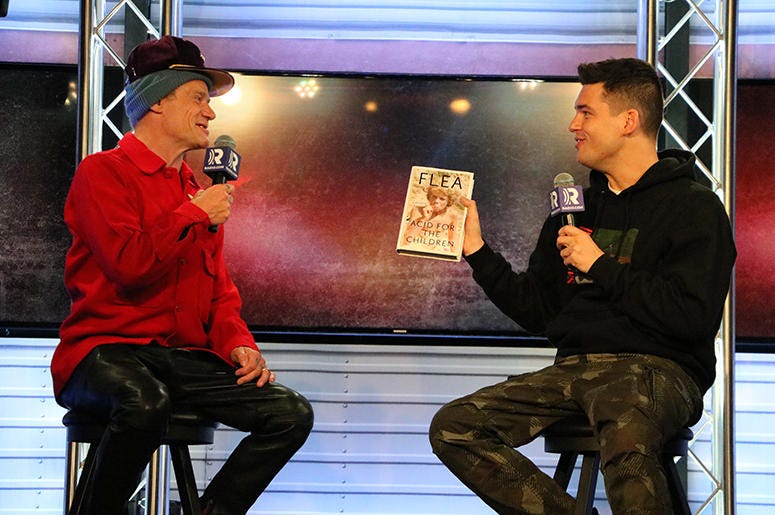 It’s hasn’t always been tenuous at the top for the Chili Peppers, but that friction that produces so much magic for the band often has to work itself out in real time. “I can’t count the times I walked out of the rehearsal room sulking, my feelings hurt,” Flea remembers. “It’s just part of the creative process. I think for a band to be great they got to bring something different to the table.”

Flea has been getting early critical acclaim for Acid for the Children, because of his willingness to be open and honest about the things that shaped him before the success of the band. It’s always been intense for Flea to create something and hand it over to the world for them to make it their own, but it’s something entirely different for the book.

“Music has always been a vulnerable, personal thing to me but in something that is literally about my childhood and my life, and my growing process as a kid, and like I said I was vulnerable and honest - it’s that times a million.”

Acid for the Children is out everywhere now.