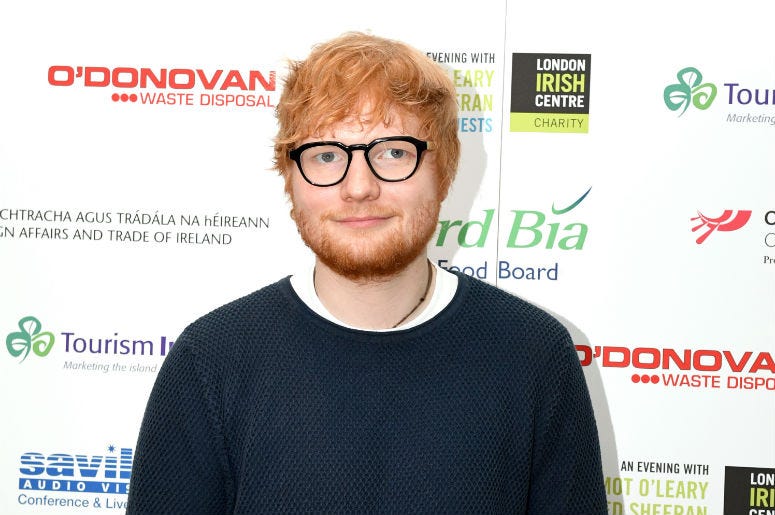 For better or worse, we may not have seen the last of Ed Sheeran on Game of Thrones.

If you recall, the “Shape of You” singer made a cameo during the seventh season of the series playing a soldier in the Lannister army named Eddie who Arya (Malaise Williams) comes across on the way to King’s Landing.

Sheeran famously sang a campfire song called “Hands of Gold” in the episode and afterwards was roasted online for the performance. It got so bad that the pop star had to briefly delete his Twitter account.

Well, in last night’s season 8 premiere it was revealed that Eddie is alive, but was nearly burned alive by dragon fire.

During the episode, Bronn was in the midst of having sexual relations with three women when the ladies start chatting about the battle between Lannister and the Targaryen forces is discussed. One of the women makes mention of Eddie’s grisly fate.

“That boy Eddie came back with his face burned right off. He’s got no eyelids now,” she said.

So, will we see the cringe-worthy return of a melted Sheeran in one of the remaining five episodes? Only time will tell.

Game of Thrones airs Sunday at 9pm on HBO.