Judge has been dealing with a shoulder/pec issue since he arrived at spring training last month. He has undergone a battery of tests and is scheduled for two more tests Tuesday, Cashman told reporters in Tampa, Florida. So far, no diagnosis has been given.

The Yankees first described the issue as right shoulder "soreness." Cashman, however, said Tuesday the issue has now "moved down toward the pec." 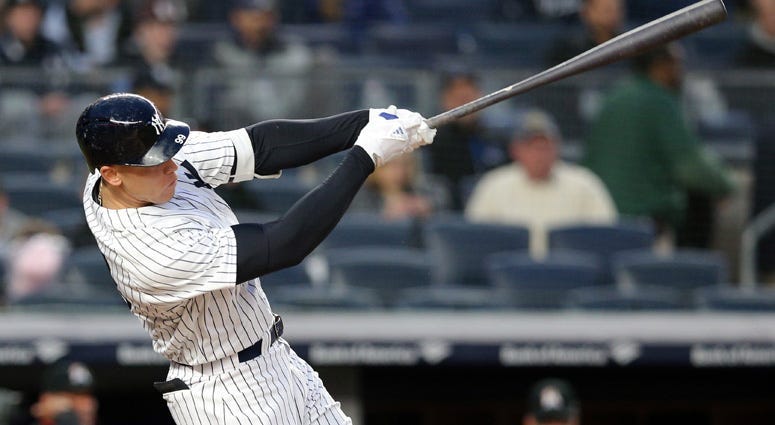 “That doesn’t mean I’m right, but I would say it’s better to assume he won’t be ready, but he will be in theory ready in April at some point,” Cashman said.

Injuries have been a growing concern for Judge and Stanton in recent years.

Judge has missed time over the past two seasons with an oblique strain and broken wrist. He also underwent arthroscopic surgery on his left shoulder after his 2017 Rookie of the Year season.

Knee, biceps, shoulder and calf injuries limited Stanton to 18 regular-seaon games last season. The former National League MVP and two-time home run champ returned for the playoffs but then a quad strain knocked him out for four of the six ALCS games against the Astros.