The Commission on Presidential Debates is adding “additional tools to maintain order” to upcoming debates after a first one characterized by frequent interruptions and both candidates speaking over each other.

In a statement, the nonpartisan commission said the changes would “ensure a more orderly discussion of the issues.” However, they did not release any details on what those changes would be.

The first night of debates in Ohio was defined by President Donald Trump’s frequent outbursts and interruptions of Democratic nominee Joe Biden, with Biden being unable to finish his sentences the majority of the time. At one point, the former vice president asked "Will you shut up, man?" following several interruptions. 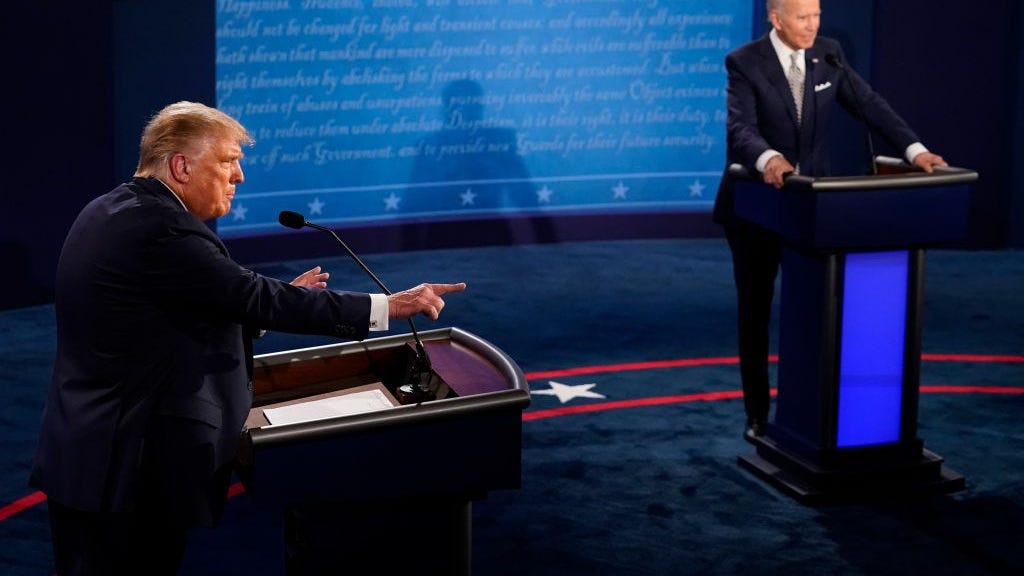 Moderator Chris Wallace, of Fox News, tried several times to tame the discussion and give both candidates time to speak, but the night ended without him being able to do so.

The commission on Wednesday thanked Wallace “for the professionalism and skill he brought to last night’s debate.”

Debate officials say they are still considering the changes that the commission will adopt. They plan to announce those measures in the near future.

The second presidential debate between Biden and Trump is slotted for Tuesday, Oct. 15 in Florida at the Adrienne Arsht Center for the Performing Arts of Miami.