Collins spent four productive years in New York before he signed with the Redskins as a free agent this summer. He made headlines in the preseason when he said that he would “run over” Giants GM Dave Gettleman on the sidelines when the two teams play each other this season.

The Giants have Tampa Bay in Week 3, but the Redskins come to New Jersey in Week 4, so Collins was asked about the situation about his former team. The safety didn’t hold back, calling Gettleman “a liar.”

“I didn’t know what was going on. He’s a liar. He lied to everybody,” Collins told NJ.com. “So that’s a man I do not trust. I would hope nobody else would, too.” 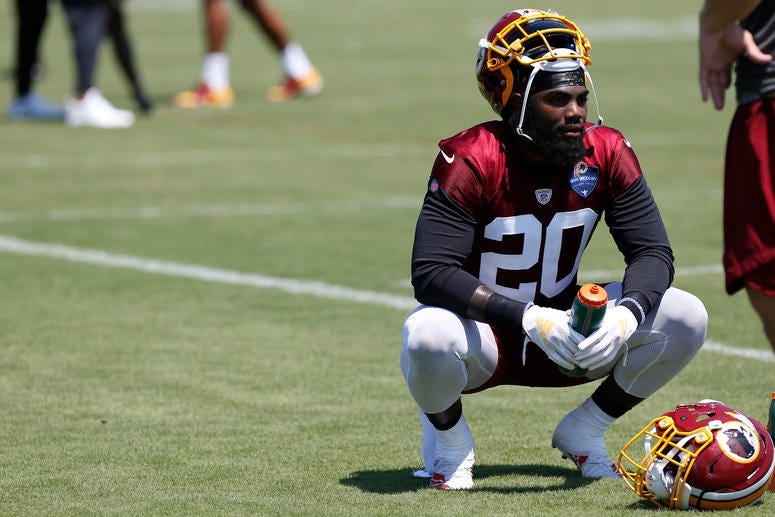 Collins is talking about his lack of contractual discussions with the Giants after last season. The team never offered him a contract, so he ultimately decided to sign with a division rival.

The New Orleans native had no interceptions in his final season with the Giants. In his first four seasons, he had 428 combined tackles, 321 solo tackles, eight interceptions (one returned for a touchdown) and three forced fumbles. He was a first-team All-Pro selection in 2016.

According to Collins, Gettleman never made contact with him at any point in the process that resulted in his departure.

“I never talked to Dave. Never talked to him. It sat with me bad. Just talk to somebody. Let us know something. If you’re going to trade me, trade me. If you’re going to let me go, let me go. Whatever. Don’t have a decision out of blue like that, for me to do this much for that organization — before he got there. If you can’t pay me, you can’t keep me, or I’m not what you’re looking for with your future, all right. Just let me know. It’s all good. I haven’t talked to this man not one time. The handling of it was horrible.”

New York could’ve applied the franchise tag to Collins, but chose not to do so. The three-time pro-bowler ended up doing pretty well in the market. He signed a six-year, $84 million deal with Washington, which is the most expensive contract ever given out to a safety.

Collins claims that Giants owners John Mara and Steve Tisch reached out to him to “apologize” for how his departure from the team unfolded.