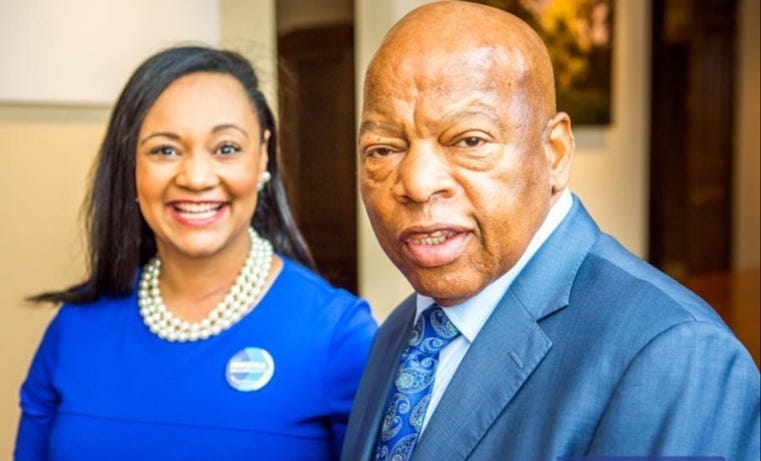 The Georgia Democratic Party has named its chairwoman, Senator Nikema Williams, to replace the late Congressman John Lewis on the ballot in November.

Williams was elected as the first vice chair of the Democratic Party of Georgia in 2011.

Lewis, who served in the House since 1987, had been suffering from Stage 4 pancreatic cancer since December.

The civil rights icon said last month that he cried when he watched the video of George Floyd's death.

"I kept saying to myself: How many more? How many young black men will be murdered? It made me so sad. It was so painful," he told "CBS This Morning." "It made me cry."