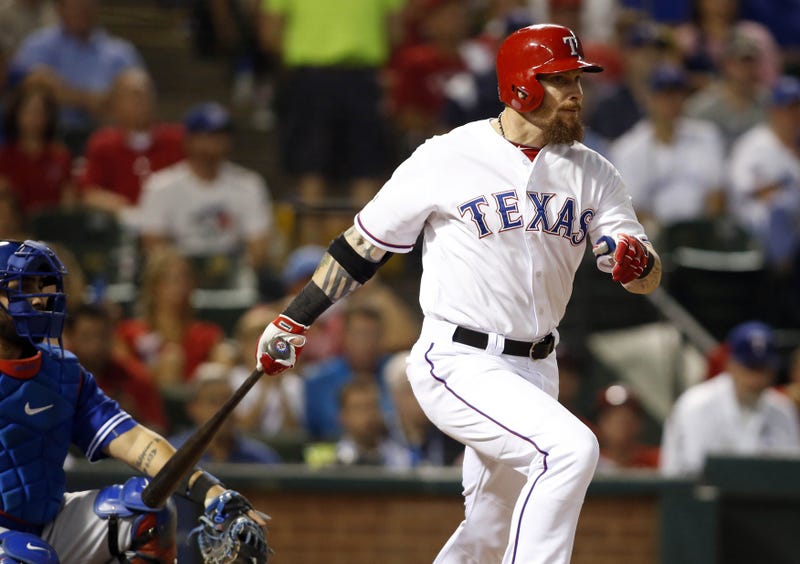 Lawyers for Hamilton say he is innocent. Hamilton was arrested Wednesday on a charge of injury to a child, a 3rd-degree felony.

The arrest warrant affidavit says ​on September 30, one of Hamilton's daughters says she made a comment that upset Hamilton. She says Hamilton threw a full water bottle at her, hitting her in the chest.

Hamilton's daughter says he was also "cussing and yelling" at her. She says she was sitting down and had her feet on another chair. The affidavit says Hamilton picked up that chair and threw it at her.

The affidavit says Hamilton then said, "I hope you go in front of the ... judge and tell him what a terrible dad I am so I dont have to see you anymore and you don't ever have to come to my house again."

The affidavit says Keller police started investigating after the case was reported to Child Protective Services.

Hamilton was arrested Wednesday and was released after posting $35,000 bond. His lawyers, Thomas Ashworth and Daniel Lewis, say Hamilton "“is innocent of the charge against him and looks forward to clearing his name in court.”

Hamilton was inducted into the Texas Rangers Hall of Fame in August. In his speech, he said, "I thank my girls, I love you, and I'm proud of all of you."

"The Texas Rangers take the issue of family violence very seriously. We are aware of the situation involving Josh Hamilton. Since this is an ongoing legal matter, we have no further comment," the team wrote in a statement.

MORE: Arrest affidavit claims Hamilton threw a chair at daughter and then held her down while he hit her with an open and closed fist on the legs @KRLD pic.twitter.com/cvIuVIsXQ6