(WFAN) -Todd Frazier says he's not surprised by the roll the Mets are on.

The Mets, who owned the National League's second-worst record a little more than two weeks ago, have won 12 of their last 13 games and now sit just 1½ games out of a wild-card spot. In an interview Wednesday with WFAN's Joe Benigno, Frazier was asked if he saw this surge coming.

"I did," the third baseman said. "I think everybody in this clubhouse did, to be honest with you."

The Mets were reportedly shopping pitchers Zack Wheeler and Noah Syndergaard around before last week's trade deadline but held on to both. The trade speculation didn't make much sense to Frazier.

"We have a really good pitching staff," he said. "We were actually confused why were trying to trade these guys."

But Frazier applauded rookie general manager Brodie Van Wagenen for "understanding that we still have a shot and anything can really happen as long as we keep sticking together." 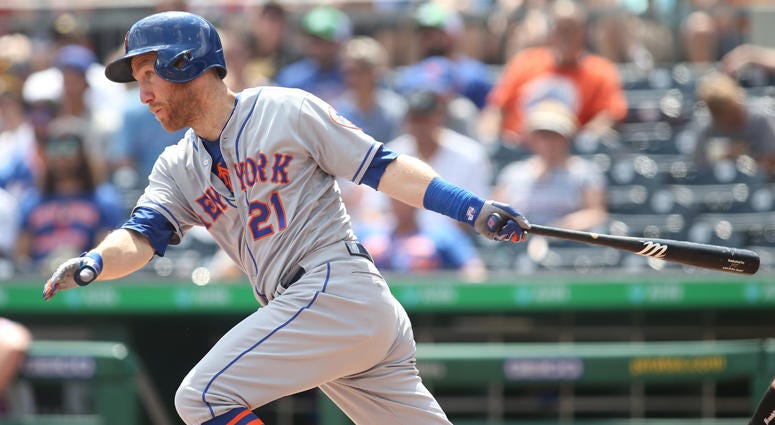 The veteran third baseman admitted he, too, was surprised by the acquisition of pitcher Marcus Stroman.

"Brodie ... he did a good job," Frazier said. "You don't have to be a buyer or seller just because people want you to be or just because what your record says. You can do whatever you want at the end of the day. And I think that choice was made, and I think it was the right choice."