United Airlines has announced they will be dropping their change fees permanently in hopes of retaining customers during a time when passenger levels have dropped nearly 80% and business travel has seen a 90% decrease since the start of the pandemic.

"Our customers have always asked for that flexibility, and we're giving them the flexibility and confidence that they can buy a ticket and know that if their plans change, if anything changes, they can make that change for free," Kirby said.

We’re getting rid of change fees for good on all standard Economy and Premium tickets for travel within the U.S. and making same-day standby free for everyone.

This will apply to all standard Economy and Premium tickets for travel within the U.S. 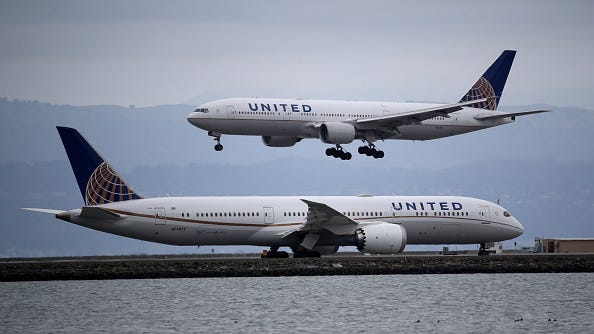 United Airlines Warns It May Layoff 36,000 Employees Due to COVID-19 Pandemic

The announcement comes after United had announced that it could potential place almost 3,000 pilots on furlough.

Starting in January, passengers will also be allowed to standby for earlier and later flights at no extra charge.

"We're making the bet, and I think it's the right one, that doing the right thing for customers in the long term is going to pay off," Kirby said.

Luggage fees, however, will continue as United says the cost of transporting luggage is too high to eliminate the fees.

Kirby also says he believes it will take four years before the flight industry returns to its pre- pandemic success.