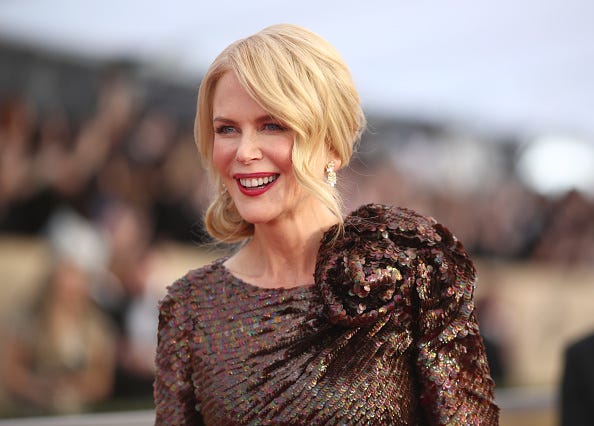 Nicole Kidman has been happily married to Keith Urban for 13 years, but it wasn’t a breeze to get to this this point.

According to Us Weekly, the ‘Big Little Lies’ star opened up to Australian Women Weekly about her divorce from Tom Cruise and how she got through the difficult time. She credits friend and colleague Hugh Jackman for helping her through it all, as well as his wife, Deborra-Lee Furness.

“When I got divorced, Hugh and Deb were so much a part of my healing. They were some of my best friends through that period,” she explains. While the time was brutal for her, she has since found happiness in her marriage to Urban.

The two live in Nashville with their two children, Sunday (10) and Faith (8), and they rely heavily on their religious grounding. In regards to raising her kids with an emphasis on faith, the actress says, “I had a very Catholic grandmother, and I was raised praying, so that had a massive impact.”

She also revealed that while Urban has his own beliefs, he happily supports Kidman’s convictions.

So how are Urban and Kidman able to maintain a healthy relationship despite the differences? The family priest gave Kidman a bit of relationship advice that she has carried with her through her relationship. “The greatest thing our family priest told us very early on in our marriage was, ‘Always kiss hello and kiss goodbye.’ It just keeps you connected,” she says. The two certainly seem to be doing just fine!

The greatest thing you’ll ever learn is just to love and be loved in return. 😉❤️️ Happy #ValentinesDay, everyone xx #MoulinRouge