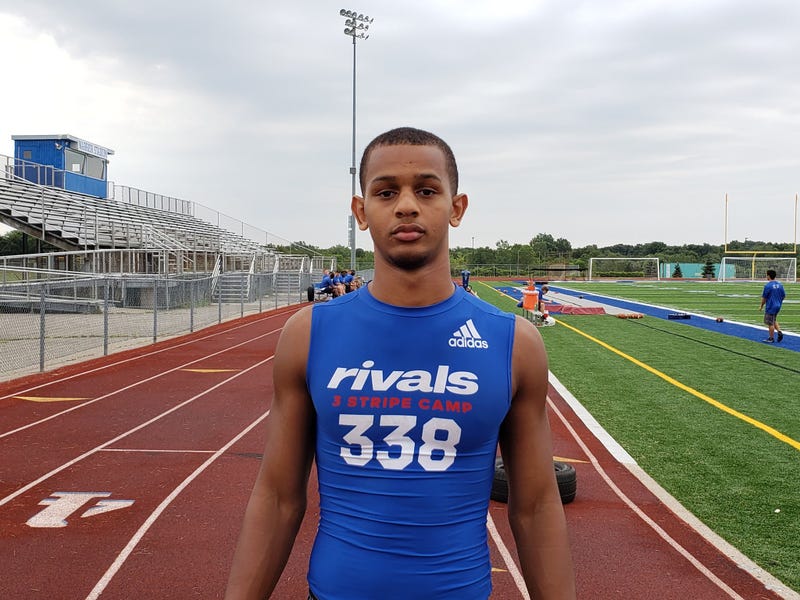 (97.1 The Ticket) -- As the Walled Lake Western Warriors gear up to build off an 8-4 season and a district championship last fall, Northwestern commit Abdur-Rahmaan Yaseen is all business.

Even if he has been ruled ineligible for the season by the Michigan High School Athletic Association for.

Yaseen, ranked as the 69th best wide receiver in the nation and 11th best player in the Michigan recruiting class of 2020 by 247Sports, has been deemed ineligible because he took advanced curriculum courses as a home-schooled eighth grader. The says in essence, his eligibility began with those ninth-grade courses years ago, leading to his reclassification athletically.

Yaseen is still practicing with his Warriors teammates, hoping he can still regain eligibility.

"Can’t sit around the house worrying about what rules -- got to focus on what I can do," Yaseen told WWJ's Jon Hewett.

Yaseen plans to graduate early and enroll at Northwestern in January, a path not uncommon with incoming freshmen in NCAA football.

Western coaches and Yaseen's family say they were never informed of his elevated class status upon entering high school.

Yaseen's father, like many, is confused why the MHSAA denied an appeal by the family and the school.

"We had no idea, because he wasn’t eligible to play high school sports at that point," his father said. "There’s no reason, in my estimation, that they would not have granted that waiver. It’s still frustrating."

Walled Lake Western coach Alex Grignon, entering his second season at the helm, says officials thought it was a clean-cut, "no-brainer" situation that he would be granted eligibility.

"It should be a simple fix, but that was not the case," he said.

The Yaseens and the Western football team continues to hold out hope that his situation will be revisited.

"Got to make the best of it. It’s not the end for me, so I’m going to keep grinding, keep working," said the 6-foot-1, 180-lb. receiver who had 22 scholarship offers before deciding on Pat Fitzgerald's Northwestern program.

Although he called it a "difficult decision" MHSAA spokesman Jeff Kimmerly says the decision in the Yaseen case is the right one.

Kimmerly says Yaseen's case violates the association's so-called "maximum enrollment rule," which is designed to prevent athletes from sitting out -- or "red-shirting" -- during their high school careers.

“Students are considered to have begun high school when a majority of the student’s classes are at the ninth grade level,” Kimmerly said. “This student took a majority of high school level classes in 2015-16 through an online academy and that served as that student’s freshman year.”

The case could still be appealed again by the Yaseen family at a scheduled meeting of the High School Athletic Associate Board next week. The family is also considering potential legal action.

The family of Walled Lake Western's Abdur-Rahmaan Yaseen is considering legal action to get his eligibility reinstated. The MHSAA deemed him ineligible because he took 9th grade classes in the 8th grade. Yaseen will play at Northwestern on scholarship next season. @WWJ950 pic.twitter.com/JdCxx9ev3y

The Warriors open the season at home on Aug. 29 against White Lake Lakeland.