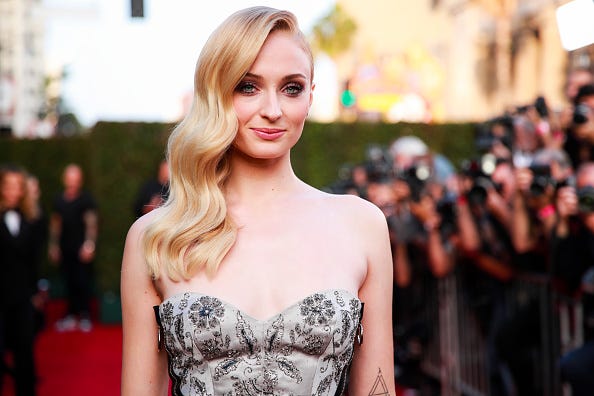 While “Game of Thrones” fans would probably believe that Sophie Turner perfected her audition for years leading up to the big moment, it turns out, she auditioned as a joke.

It was so much of a passing thought for Turner that she didn’t even tell her parents. “They just kind of found out,” Turner revealed to Vogue Paris.

It all happened when Nina Gold, the show’s casting director, visited Turner’s school in search of young actors. With a circle of friends all interested in the gig, Turner and her gang all auditioned for the show.

“We just thought it was kind of a fun, jokey thing to do. And then I just got call back after call back.”

So when did her parents finally get in on Turner’s success? “My parents found out when I was in the final seven,” she reveals. But her mother wasn’t sure if they could really do the whole Hollywood thing.

Luckily, her dad stepped in saying, “Shut up, this is what she has wanted her whole life. You have to let her give it a go.”

The Queen of the North recalls the day she got the part. “It was the best day ever,” she says, and her mother was with her every step of the way. “We both ran and jumped in the pool and ate loads of pizza that whole day.”

Turner’s role in “Game of Thrones” has launched her into a very successful acting career, appearing in the X-Men film series as Jean Grey and now starring in “Dark Phoenix.”