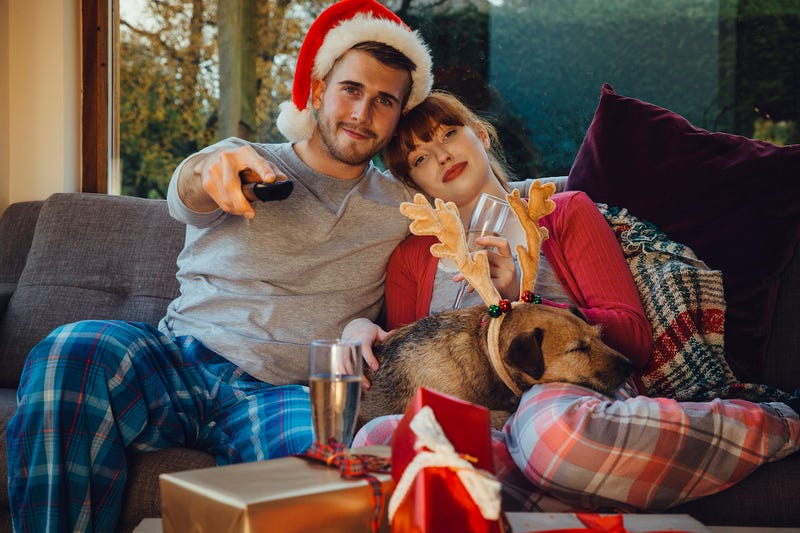 It’s already beginning to look a lot like Christmas!

While it’s only April, holiday cheer is in full effect as the Hallmark Channel has announced they will be airing a record 40 Christmas films this year. The impressive amount tops last year’s previous record of 38 movies..

Fans of the feel-good romcoms won’t have to wait too long to get in the holiday mood as the first, Keepsake Christmas, is set to premiere in July. Nothing says Independence Day like Santa Claus!

Twenty-four of the movies will air on The Hallmark Channel and 16 are set for the Hallmark Movies & Mysteries network.

The network previously released information on three of the 40 films on their holiday slate: The Christmas Song, starring Kristin Chenoweth and Party of Five’s Scott Wolf; Holiday for Heroes, with Melissa Claire Egan and Marc Blucas; and an as-yet-untitled Blake Shelton-executive produced film similar to 2018’s Time for Me to Come Home for Christmas.

One star who won’t be returning to spread Hallmark’s holiday cheer is Lori Loughlin. The network severed all ties with the Full House after her arrest for the college admissions bribery scandal.

On October 25, Hallmark will also celebrate the 10th anniversary of their Countdown to Christmas campaign, which is set to break records.

"The tenth year will be the biggest, boldest Christmas in Hallmark Channel history," Executive VP of programming Michelle Vicary said. "Over the ten years, we have endeavored to be the no. 1 holiday destination, and achieved that over the last several years.

"What was different about last year — and what’s going to be really big about this year — is just how culturally relevant this has become in people’s minds beyond the programming, where we have towns asking if they can decorate themselves like a Hallmark Channel Christmas movie, and people having watch parties."

In addition to all the Christmas fare, the channel will also air two new Hanukkah-themed films this year.

Hallmark is making it a Happy Holiday all around!