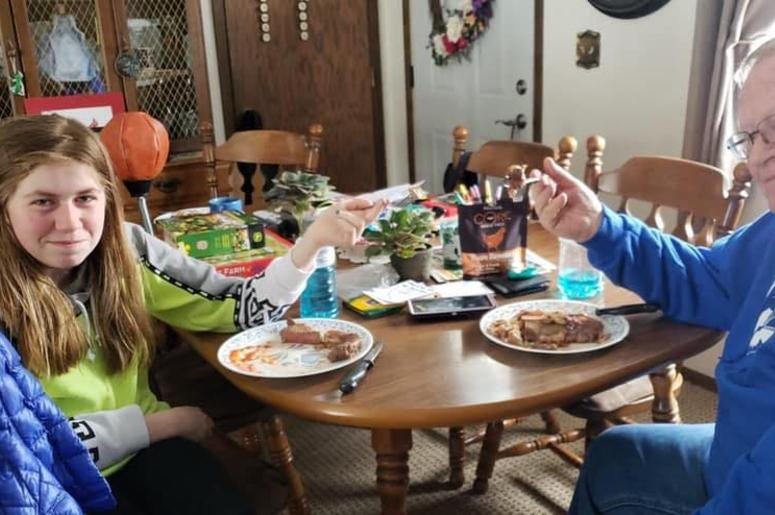 (WCCO) - Jayme Closs is slowly but surely healing from the horrible ordeal of being held captive for 88 days and witnessing the violent murder of her parents.  Not long after Barron County, Wisconsin authorities found the 13-year-old girl's mother and father shot to death, Jayme's family came forward, begging her to come home.

At the time, her grandfather made a public promise, one he hoped he'd be able to keep.

"I promised her a steak dinner when she came back," her grandfather Robert Naiberg told WCCO Radio on Monday.

Naiberg did keep his promise. On Sunday, Jayme's aunt drove her to her grandfather’s house, where they shared a meal her family had prepared.

"She had fruit and macaroni and cheese, that's her other favorite," Naiberg said.

Jayme escaped from her kidnapper on Jan. 10. Her grandfather said she is doing as well as can be expected.

"She has her moments. If someone says something about her mother, but outside of that she's pretty good."

The man accused in her kidnapping and the killing her parents is expected back in court this week in Barron County, Wisconsin.

The 21-year-old Jake Patterson could face additional charges when he appears in court.

Naiberg said the family has been overwhelmed by the support they’ve received from the community.

"People come up to me in town and they are just so happy. They have even come up with a way of describing how they feel, ‘Ja'mazing.’”  You know, like Jayme, but ‘Ja'mazing.’"