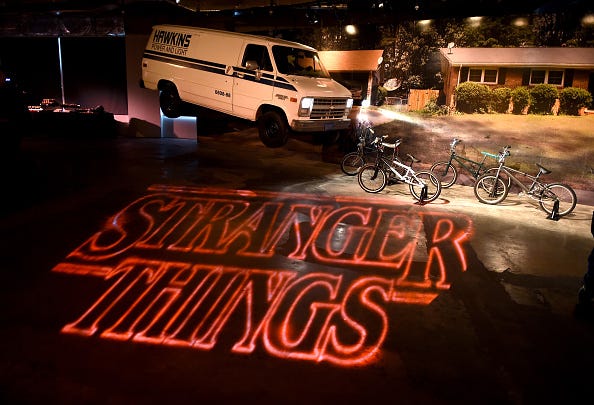 The Mind Flayer is making a frightening return to “Stranger Things.” After possessing Will in season two, the creature has found a new host. Max’s older brother, Billy is the latest to be controlled by the 50-story tall, spider-like creature.

Billy has bullied Max throughout the series, now he poses a greater threat, under control by the Mind Flayer.

A previously leaked clip teased the possibility of Billy becoming a monster in season three. Australia’s Sunrise breakfast show aired a clip that showed Billy driving his car late at night and something suddenly hitting his windshield. The glass breaks and Billy loses control of the vehicle and crashes into a tree outside the Brimborn Steel Works warehouse.

Having been previously controlled by the Mind Flayer, Will understands the creature’s motives and desires. With the help of Nancy and his family, Will was freed from the monster’s possession.

“What if he never left?" Will ponders. "What if we locked him out here with us? He’d want to attach himself to someone again—a new host."

The warehouse is clearly going to play an important role in season three, which arrives on Netflix on July 4.

Winona Ryder was nominated for Best Actress – Television Series in 2017, while David Harbour earned a nomination for Best Supporting Actor – Series, Miniseries or Television Film in 2018.

The series has been selected by the American Film Institute as one of its Top 10 television programs of the year for the series' opening two seasons.

Fans of the series are counting down the days until Season 3 drops. Fortunately, Independence Day isn't far away.