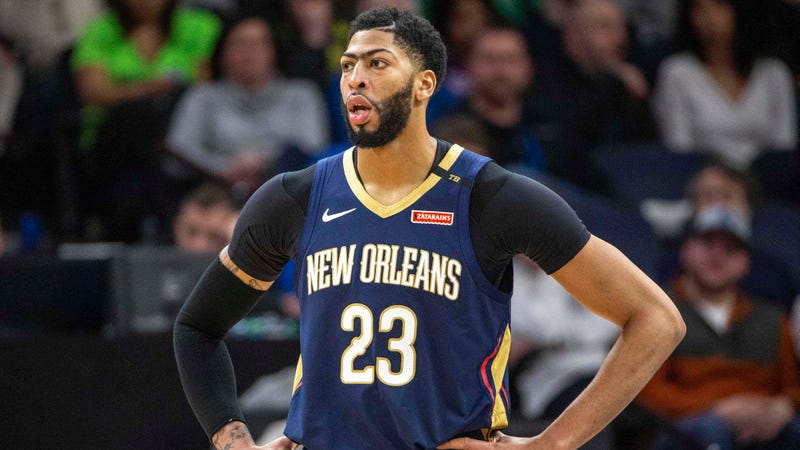 ESPN reports that Davis' agent has informed the Pelicans that Davis is ready to move to a team with which he can compete for a title. The Pelicans controls Davis’ contract through the 2019-20 season.

"Anthony wants to be traded to a team that allows him the chance to win consistently and compete for a championship," agent Rich Paul told ESPN.

Agent Rich Paul has notified the New Orleans Pelicans that All-NBA forward Anthony Davis has no intention of signing a contract extension if and when presented and that he has requested a trade, Paul told ESPN on Monday.

Rich Paul to ESPN on a preferred destination for Anthony Davis: "Anthony wants to be traded to a team that allows him the chance to win consistently and compete for a championship."

The Los Angeles Lakers -- the team of Paul's most famous client: LeBron James -- and Boston Celtics have been mentioned most prominently as potential destinations for Davis.

The 25-year-old Davis is having the best season of his career, averaging 29.3 points and 13.3 rebounds per game. He’ll almost certainly become a six-time All-Star later this week when the NBA announces the full rosters for this year’s game, which will be played Feb. 17 in Charlotte.

Now it’s unclear if Davis will be there as a member of the Pelicans or not. The trade deadline is Feb. 7.