Day one of Audacy Beach Festival is in the books and it was honestly such a vibe we’re still buzzin’. Spread across two stages, the day was filled some of your favorite Alternative acts that lit up the stage. If you weren’t there (while that does make us sad) it’s all good cause we’re gonna relive some of those incredible performances you missed. Which yeah… we know, isn't the same — but still!

Oh and while you're reading, another way to make it feel like you're on the sand is to listen to the Audacy Beach Festival Exclusive Station featuring artists from this year's lineup and more. 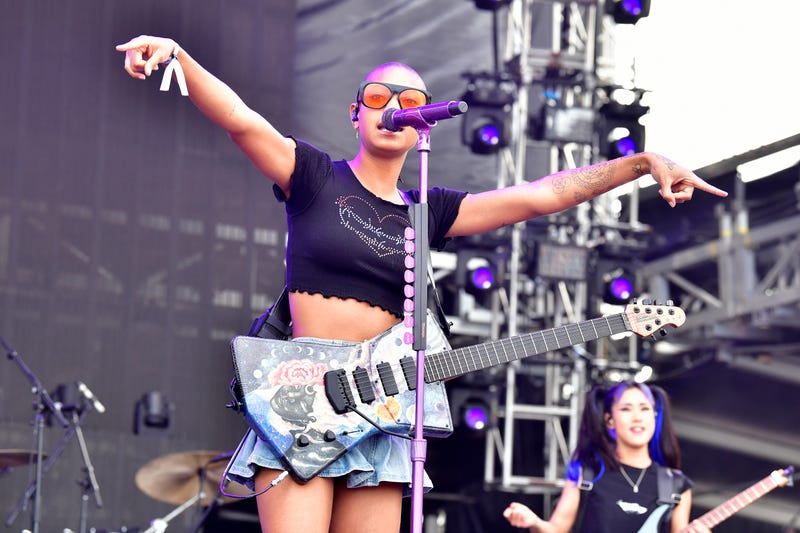 Starting things off on the BEACH stage just right, Willow came out commanding the crowd singing everyone’s fave “t r a n s p a r e n t s o u l." Keeping both the energy and the crowd hype “Meet Me At Our Spot” was up next. There actually might have been a song in between but tbh we blacked out from excitement. To close out the short but sweet set, Willow sang “Wait A Minute,” and the whole crowd clearly caught her vibe (sorry had to) cause they didn’t want her to leave.

Apparently Willow didn’t want to either, because after the crowd chanted encore for just a few secs, she gave the people what they wanted and came back on stage for one more song. “Couldn’t leave y'all hanging,” she said before belting out “G R O W,” then she left for real and we were sad again. 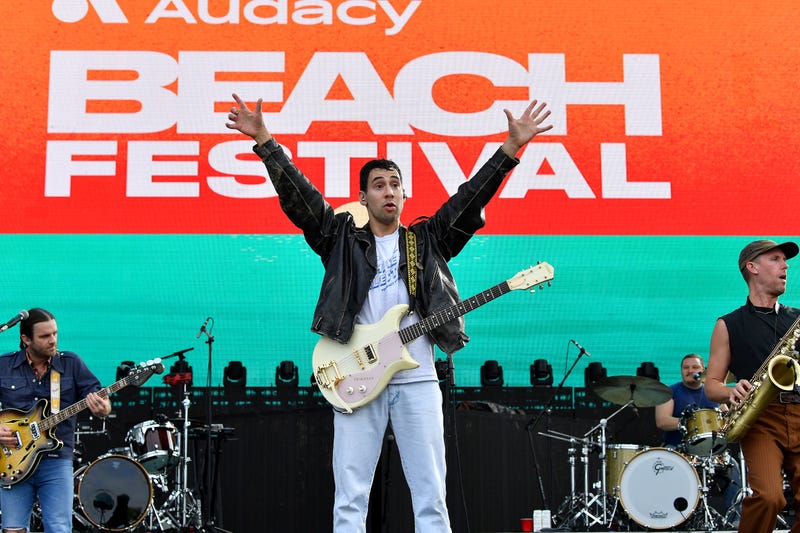 From start to finish, Bleachers we’re at 100%. In fact after starting things off with “Let’s Get Married,” lead singer Jack Antonoff had some thoughts about the crowd needing to get on his level. Well we were there so you’ll just have to take our word for it, after an all-out performance of “ How Dare You Want More”— that they did.

You could say it was the tambourine that did it, or the sax break, but by the time they got to their next song, “Rollercoaster,” it was 100% the bass that had the crowd experiencing those back together “pre-pandemic s***” feels. Next for “You’re Still a Mystery,” Jack asked those in the crowd that could to get on their friends shoulders. When Jack Antonaoff asks you get on someone shoulder —you oblige. Leveling up again, even though we didn’t even know they could, Bleachers closed out their set with “I Wanna Get Better,” “Don’t Take The Money,” and “Stop Making It Hurt.” Walking off to just the sweet sax, we were lifted for the rest of the day. 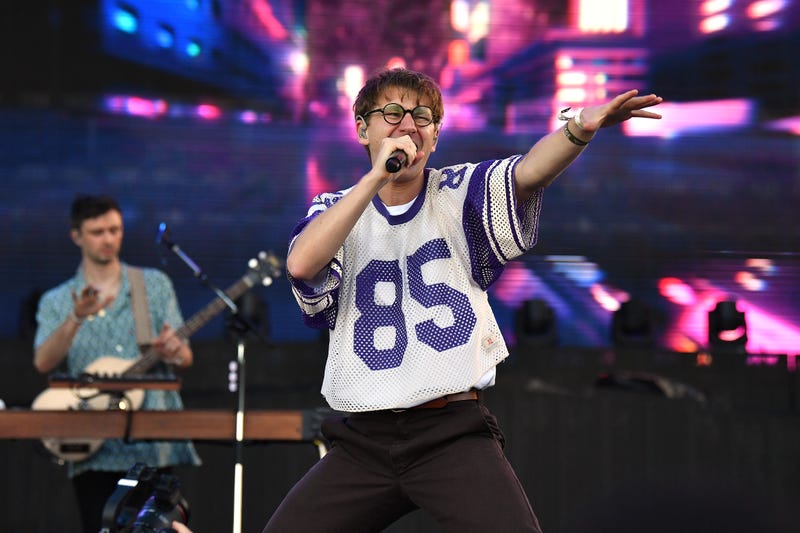 Glass Animals did not come to play (not that we thought they would). But we just had to actually say it. Keeping things no frills and just about the music, they started off their set with "Tokyo Drifting” and it pretty much only got better from there. From the “The Other Side of Paradise” to their monster hit “Heat Wave,” even when the slowed down the tempo the bass was still present and piercing our souls (dang - how poetic). 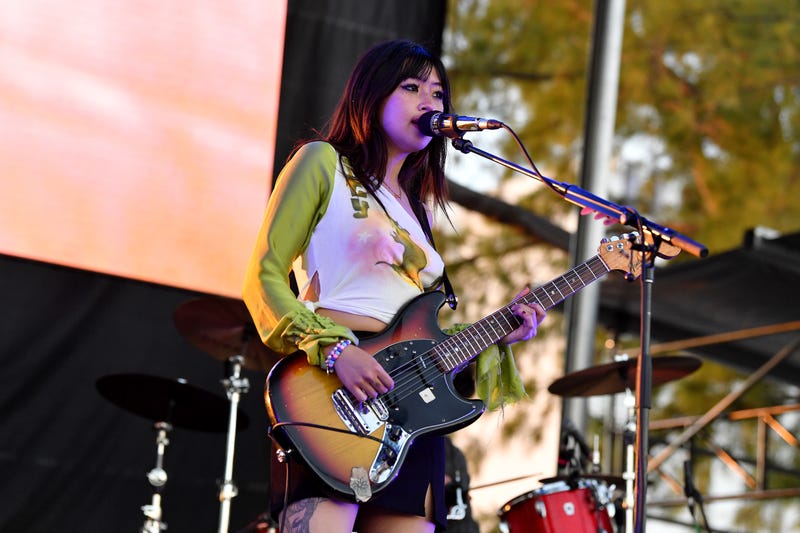 A force of nature with a guitar in hand, side swept bangs, and Y2K cool girl style. We’re talking about Beabadoobee of course, who in addition to effortlessly slaying the RIPTIDE stage, also happens to be our newest girl crush. And we aren’t the only one’s with these feelings. Willow, a fan of the British indie star came through to jam out to Bea’s bops which included; “Tired,” “Dye It Red,” “He Gets Me So High,” “Coffee” and “Emo Song,” just to name a few. 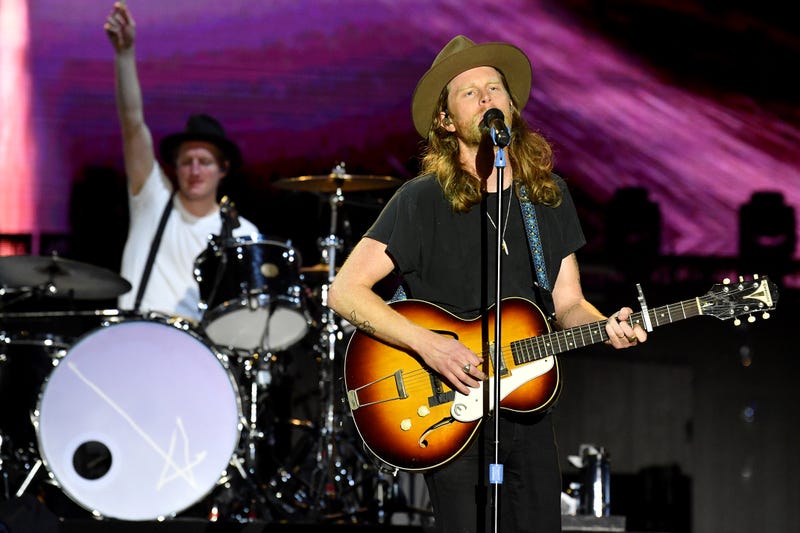 So here’s how it went, first — “Sleep On The Floor,” second — “Cleopatra,” and third — “Ho Hey,” for which every band member agreed the crowd singing along “was sounding good out there.” Then, after taking a moment to express that it’s truly “amazing to be out here again singing live music,” The Lumineers continued their set, singing “Flowers In Your Hair,” “BRIGHTSIDE,” and “Gale Song,” which put us in a folky dream-trance-like state we never wanted to wake up from.

Before they offered up a new song, “Where We Are,” which will be featured on their forthcoming album, lead singer Wesley Schultz revealed the song's inspiration, detailing the aftermath of a nearly fatal car accident he had been in. “I remember people walking up to us… after we crawled out of this car, and they were crying thinking that we had died. They were so upset and we were in shock. And it felt eerily similar to the last 18 months, where you’re cruising along and all of a sudden everything stops and you're left picking up the pieces. So it (the song) felt like a good metaphor for how everybody feels right now. We’ve all been in a car wreck together I think.” 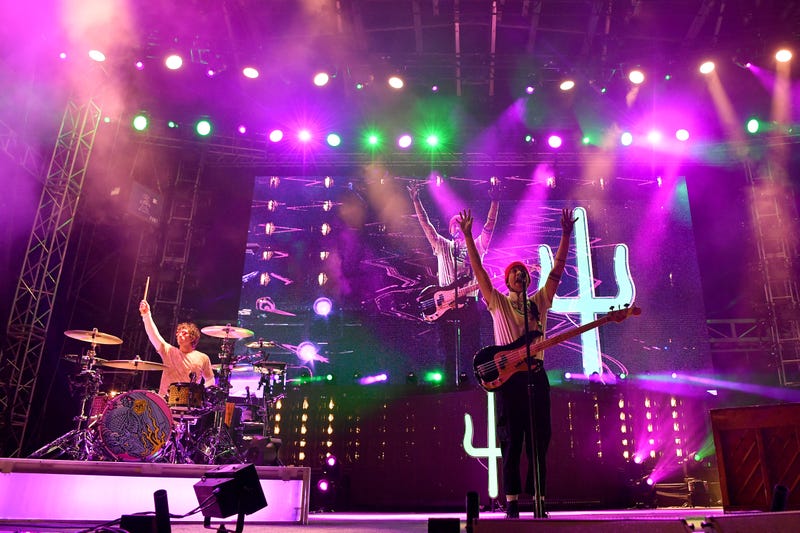 Twenty One Pilots started their performance off with a bang (and lots of smoke machines), but let’s be real, are we even surprised? — uhh no.

After opening up with “Stressed Out,” our headliners thanked the hyped up crowd “for waiting all the way till the end of the night for us.” Then after a quick outfit change (first but not last), Tyler Joseph came out looking snazzy, and feeling saucy in a long fur-lined leather jacket. Next up on the set list — “The Outside,” “Blurryface” and more smoke machines, followed up with some covers, including the Elton John jam “Benny and The Jets,” that had Tyler move over to the keys. They also offered up a take on “I Can See Clearly Now” and Edward Sharpe & The Magnetic Zeros' “Home,” which they sang in front of a make-shift but also very real bonfire (yes on stage). And as the show's main event, they weren’t done and nowhere near finished, well not yet anyway. Twenty One Pilots let the Audacy Beach Festival crowd know that “this is our last show” of the year, and they couldn't “think of a better place to end it then on a beach in Fort Lauderdale”

Next up was “Jumpsuit” and “Saturday,” a song Tyler wrote after becoming a dad, and “Level of Concern” during which Tyler introduced his band members, saving Josh Dun for last. After which he hopped off stage and started playing another drum set placed in the middle of the crowd. Then came “Ride,” and the ski masks came out for “Car Radio.” Tyler decided the stage wasn’t enough of a playground and then decided to climb the scaffolding, making it back to the stage in time for “Shy Away” which they epically transitioned into a My Chemical Romance cover of “I’m Not Okay.” After all of that… we weren’t either.

“We play a lot of shows but something about this one we won’t soon forget,” Tyler told the crowd before closing out the set with TOP's customary closer of “Trees,” which surprise surprise, featured some heavy usage of smoke machines and another middle of the crowd mini stage drum session. Thanks Tyler, not forgetting this one anytime soon either.

See, we told you! It’s almost like you were there. Stay tuned for much more as we get ready for Day 2 of Audacy Beach Festival.