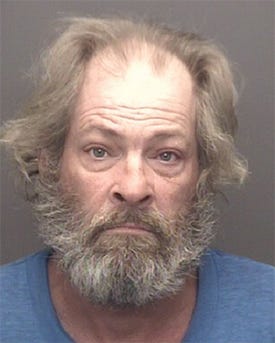 -An Indiana man who repeatedly called 911 to inform police operators that he was "tired" will spend the next two months resting up in a county jail, according to court records.

Daniel Schroeder, 61, was arrested Tuesday night at his Evansville home in connection with a quartet of calls placed that evening to the police emergency line.

“The male caller kept calling in stating that he was tired,” according to a police report.

Schroeder’s calls about his weariness came a day after he pleaded guilty to a prior misuse of the 911 system. In the earlier case, he copped to calling police to report that he was upset that a female relative "was not following his rules."

A judge ordered Schroeder to serve six months in jail, but suspended imposition of the sentence “on the condition the deft does not call 911 unless it is an emergency.”

Schroeder violated that agreement the following day, prompting prosecutors to file a motion seeking the revocation of his suspended sentence.