The 2022 NFL schedule is near, with the full slate of game set to be announced Thursday evening.

But as is usually the case, the full slate of Saints games has already leaked out long before the official release set for 7 p.m. on the NFL Network.

The Saints' London game was announced before the full schedule, and that's included in the "leaks" below, many of which are from NewOrleans.football. Others filtered out throughout the morning from additional sources, and have been listed below. 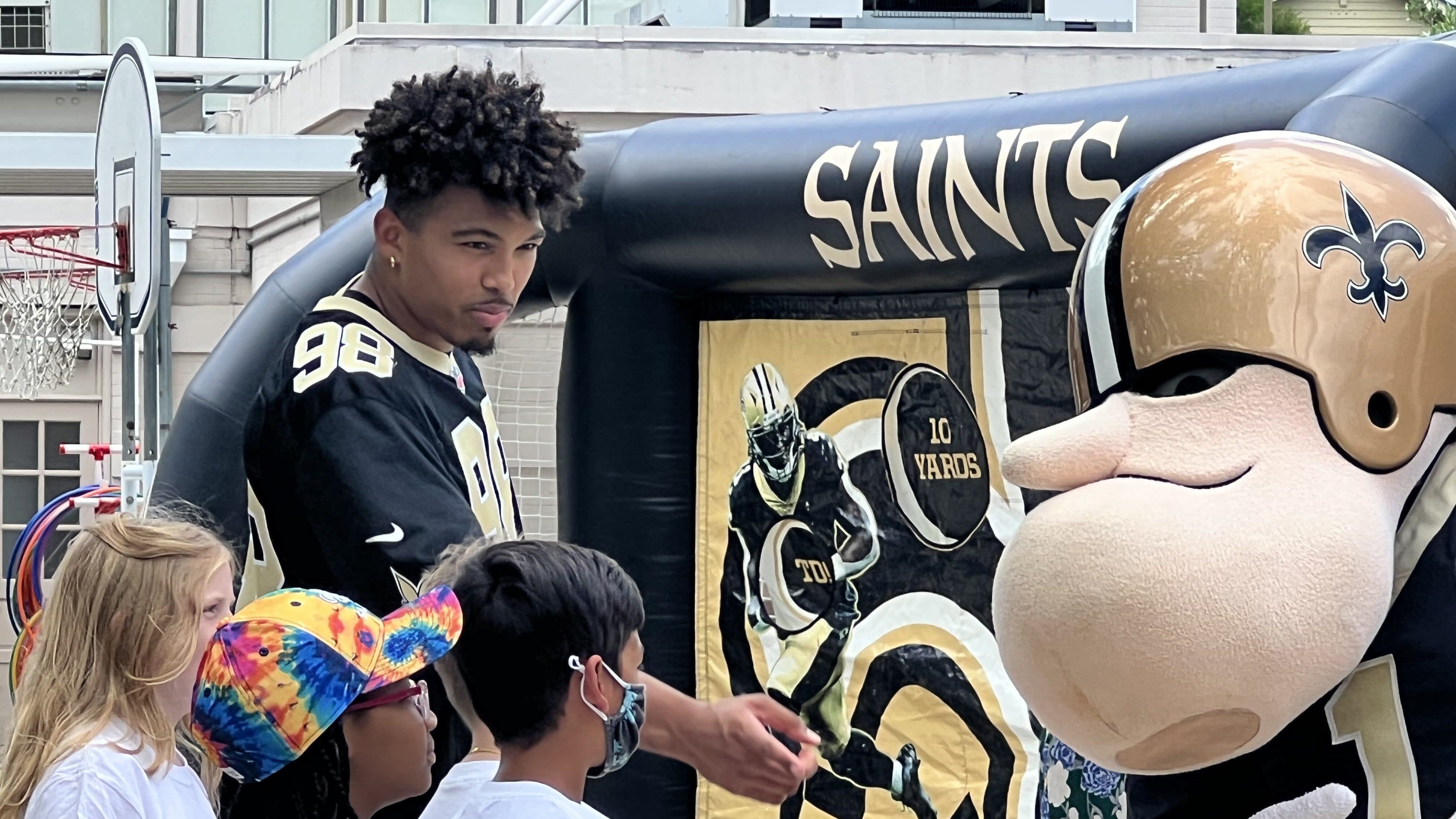 Catching up with Payton Turner: Saints DE's been 'grinding' toward a Year 2 leap

The Saints will have a grind waiting on the late bye in Week 14, but if they can get there in good positioning for the playoffs, it could be a blessing for the home stretch. But they will have a difficult opening slate with a turnaround from a London kick into a matchup with the Seahawks in Week 5 (though it is a Seahawks team without Russell Wilson, which is a positive thing for opponents). The NFL did do the Saints a bit of a rest favor with a pair of Monday matchups to make for a long week heading into a Week 13 showdown with the Bucs on MNF, prior to the bye in Week 14. They also get a positive rest calculation coming off Thursday Night Football into Week 8, meaning the Saints play their next pair of games over the course of 17 days.

The MNF matchup in Week 13 also means an extra day to prepare for a matchup with the Bucs, with the ensuing bye meaning there's no short week to cope with following. It's effectively a free day in the middle of the season. But it could also be a case of the NFL not wanting to showcase a beatdown of Tom Brady on NBC for the third straight season, so this time it'll have to happen on ESPN.

This year's schedule will also set the running order of the NFC South early. The Saints' first three games of the season come against divisional foes, so they won't have much wiggle room for a slow start. An 0-3 or 1-2 record to begin a season is always difficult to bounce back from, but it makes things even more difficult if that comes in the division. Fortunately for the Saints, those first two matchups come against teams not expected to be playoff contenders in Atlanta and Carolina, both of whom face serious questions at quarterback.

The Saints won't get another shot at improving their division record until Week 13 with a MNF matchup with the Buc, and then in Weeks 15 (Panthers) and 18 (Falcons).