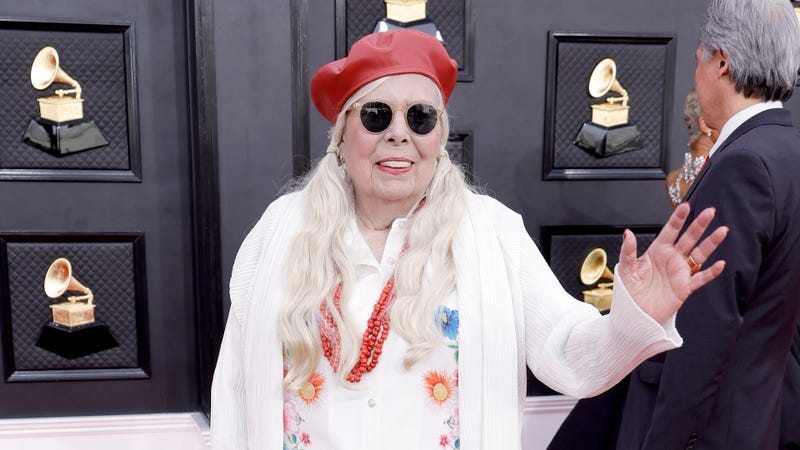 Beloved Canadian artist, Joni Mitchell, recently made her return to the stage at the Newport Folk Festival following many years away. Her return sparked worldwide attention prompting the Rolling Stone Music Now podcast to explore the roots of her career and commend her ability to remain relevant and admired for so many years.

To give insight into Mitchell’s career and her recent return to the stage, Rolling Stone Music Now’s Brian Hiatt welcomes various guests with special insight into Joni’s career to help tell her story. They include Angie Martoccio, Larry Carlton, Cameron Crow and more.

“She’s always had fans, but kids of the 90s for some reason have really held onto her and a lot of them are just discovering her,” Martoccio said of Mitchell’s widespread popularity. “I think the last five or six years you’ve really seen her becoming bigger and bigger… I really think that she’s like a Stevie Nicks or a Cher at this point.”

Celebrate the work of Joni Mitchell and hear stories about her career, discography and more as Hiatt dives deep in the latest episode of the Rolling Stone Music Now podcast. Listen above.