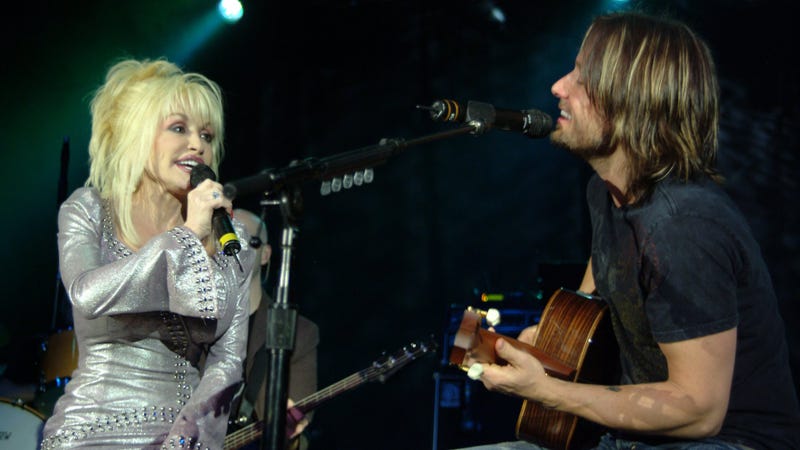 Keith Urban paid a visit to The Ellen Degeneres Show this week for his 20th and final appearance before the show comes to an end on May 26. During his chat with Ellen, Urban shared he’s practically family to Dolly Parton, as she recently stated he reminds her of her brothers.

“She said he reminded her of her brothers!” Ellen told Keith. “I don’t know what that means — if you’re plural people — If you look like two guys or…” the comedian joked.

“It was so sweet,” Urban smiled. “I think she just meant I come from working-class parents and a rural kind of background in Australia. The first time I met Dolly — she's sung with me a few times — and the first time I met her it was surreal, because, I mean, I grew up singing her songs," recalled Urban, before sharing the real reason why he covered so much of her music.

"As a matter of fact, I sang her songs because I was 9 years old, and my voice hadn't broken yet, and I sounded like her — I could sing in her key," he laughed.

While Urban made clear he can no longer sing Dolly’s upper-register parts, it seems to work out well as Parton has taken notice of his talent and recently expressed interest in singing a duet with Urban. Don’t worry Keith — she’ll have the high parts covered!

Dolly first expressed interest in collaborating with Keith in a Good Morning America interview published in January. When asked who she'd like to bake a cake and sing a duet with, her response was Urban.

"Probably any of the good-looking ones. I love Keith Urban,” she said. "I've always thought that he was one of the most talented and cutest guys in the world. I’m not trying to hit on him, because he's got Nicole [Kidman] and who could beat that? She's Jolene."

Urban and Kidman had fun with Dolly’s answer, responding with a video posted to Keith’s socials.

"Miss Dolly, I'm so honored of the things you said, thank you. I definitely will have a cake with you,” Keith said in the video before Kidman appeared at his side.

"I'll bake the cake with you,” said Kidman before joking, "But don't take my man!”