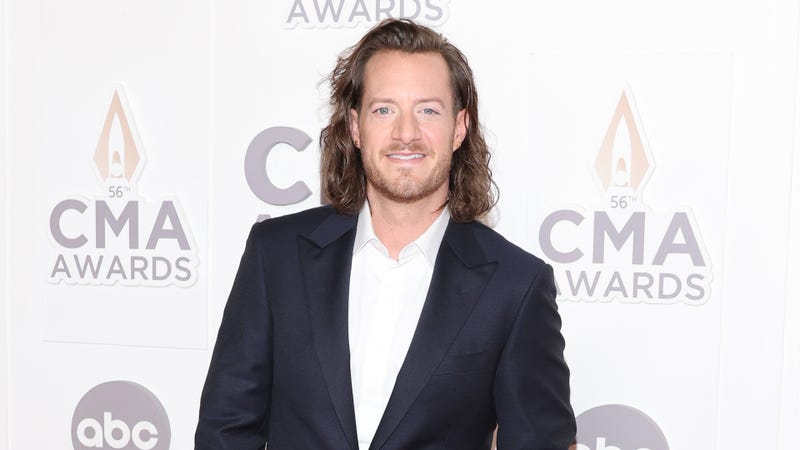 Tyler Hubbard, formerly one-half of Florida Georgia Line, may be celebrating his his very first #1 as a solo Country artist, but his #1 job will always be being Dad.

After hitting the top of the charts with his very first #1 as a solo artist, “5 foot 9” from his debut EP, Dancin’ In The Country, Hubbard reflected with Audacy’s Katie Neal on how different things are this time around from his music to how he spends his time on tour.

“Now getting to have the different dynamic of family out [on the road] with me and this whole new season, it’s just really exciting,” Hubbard, who is currently on the road as part of Keith Urban’s The Speed of Now tour.

“It is wild,” the father of three admitted. “I’ll be putting babies to bed and changing diapers right after [my set]. I’m still sweating from the show, or I’m about to go on stage… it is fairly comical. Everything that people think a rockstar life is, is exactly what I’m not doing right now but it’s a lot of fun…. It’s those special years, [I’m] just trying to make the most of them.”

Aside from being in Dad-mode, Tyler is also in new-artist mode, which is new territory for him after the mind-blowing success he saw with duo mate Brian Kelley as Part of Florida Georgia Line. Starting from the “beginning” has it’s challenges for Hubbard and his band, but he says it’s a good experience all-around.

“Just watching fans connect the dots is really interesting and fun, it’s also challenging,” he said. “I walk out on stage and for the first three or four songs or so there’s 10,000 people sitting in chairs just watching like they’re at a theatre and it’s just unique for what I’m used to.”

He continued, “I tell the band we’re goin’ through new artist training, how to do it again, how to win a crowd over, how to get them ready for Keith and how to integrate the stories of the songs and the banter… it’s all new everything so it has been challenging.”

Hubbard seems to have a good handle on the challenge as he’s celebrating his first solo-single, “5 foot 9” hitting #1 this week at Country radio.

“It feels great,” Hubbard said of the accomplishment. “To feel the support and I just feel like everybody’s kind of accepted me with open arms and it feels really really good.”

Hear more from Tyler about his first full-length album, time on tour and why he’s said ‘No’ to collaborations for the last year by tuning into his conversation with Katie Neal above.