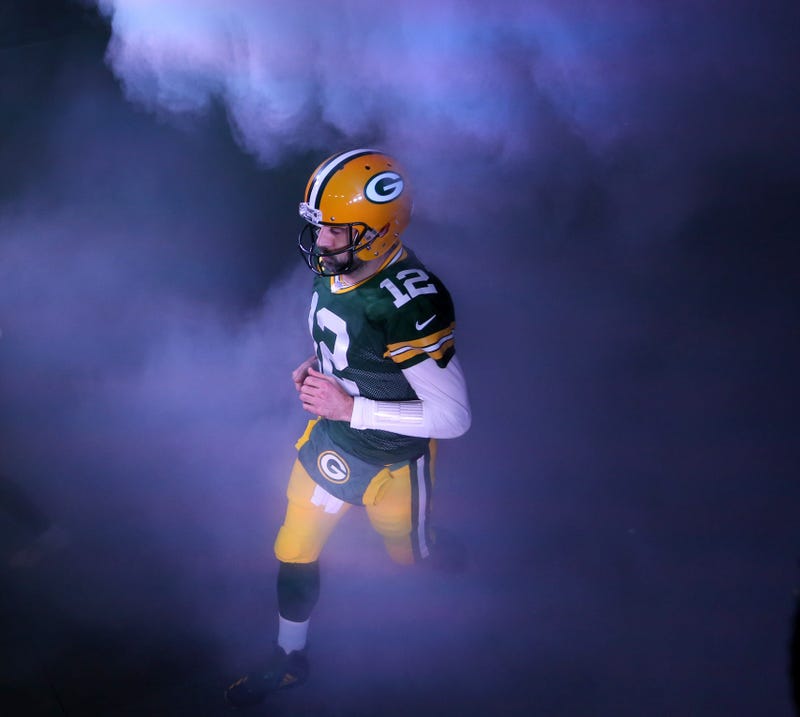 MVP voter Hub Arkush told our sister station 670 The Score that he would not be casting his vote for Green Bay Packers Quarterback Aaron Rodgers because he was a "bad guy". Arkush continued saying that he decided this offseason that Rodgers was eliminated from his MVP vote because of what he put the organization through. He also said Rodgers could have cost the Packers the No. 1 seed in the loss to the Chiefs (despite the Packers securing the top NFC spot just days before in a win over Minnesota).

Aaron Rodgers heard this comments and took them personally. In mid-December, the MVP-favorite joked on the Pat McAfee Show that he may never win the award again because of his vaccination status. He brought up the same thoughts when speaking to the media on Wednesday where he called Arkush a "bum" several times. Rodgers said prior to this he had never heard of Arkush and that he had never spoken to him, so how could the writer make a comment on his character.

Arkush would go back on 670 The Score on Wednesday and apologized for explaining his selection for the MVP process, but not for what he said about the Packers superstar quarterback.

Hear the audio from Aaron Rodgers, NFL Network's Kyle Brandt's thoughts, and LeRoy Butler, Sparky and Gary Ellerson process what all this could mean on Thursday's Wendy's Big Show: