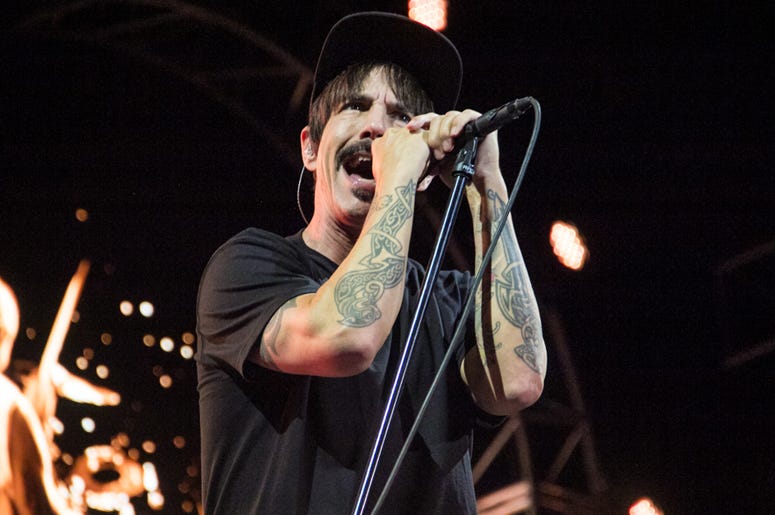 We sing along with the radio, or perhaps with an inebriated replication at a karaoke bar. We try to match pitch, tone, and even know several handfuls of lyrics. Those songs we may sing joyously, at times have a darker message beneath the surface.

Bruce Springsteen – “Born in the USA”

“Born in the U.S.A.” is not, we repeat, not a song about American patriotism.

Yes, many are generationally aware of this, but considering the song was released in 1984, the controversy over the song’s misuse during the Reagan-Mondale presidential race doesn’t come up in the nightly news so much 30 years later. So, Children of the Millennium, Generation Y, whatever the proper nomenclature, let it be known, “Born in the U.S.A.” is a protest song about the spiritual crisis and feeling of isolation veterans of the Vietnam War encountered when returning to the States. Now that’s out of the way, let’s move on.

Foster the People – “Pumped Up Kicks”

The whistling, the peppy beat, the catchy chorus – no wonder “Pumped Up Kicks” dominated music charts the summer of its release and continues to pop up relatively frequently across the airwaves. While the chorus is clear (and partially plainly stated in the title), the Devil is in the details. Upon further lyrical instigation, one will find the song is actually more sinister than the jovial whistling would lead us to believe. It is actually about the inner workings of a teenager premeditating a violent rampage.

Matt Foster told NPR’s World Music Cafe, he wondered “what would it be like to be inside of a kid’s head that’s a teenager and is basically losing his mind.” With such a catchy chorus, it’s far too easy to let the verse be muffled right out of the song. But right from the get-go, we are led down a dark path.

"Robert’s got a quick hand / He’ll look around the room, he won’t tell you his plan / … / Yeah, he found a six shooter gun in his Dad’s closet hidden with a box of fun things / And I don’t even know what but he’s coming for you, yeah, he’s coming for you."

That being said, the whistling is a bit more ominous. Don’t you think?

Dave Matthews Band – “Crash Into Me”

With such a sweet melody, and delicately sung lyrics, “Crash Into Me” seems to prompt many an impromptu make-out session among DMB summer concert goers. Ah, nothing says romance like the sweet serenades of a peeping Tom.

As Dave Matthews told VH1 Storytellers in 2005, the song is about “the worship of women” from a voyeur’s perspective. Lyrics like, ”Hike up your skirt a little more / And show the world to me,” don’t seem so playful in hindsight. Matthews ends in sharing playfully, he wrote the song instead of getting arrested. Yikes.

While this may be old news to some, I felt a reiteration of the facts fit nicely into this category. In reality, "Fire and Rain" is broken down into three parts: suicide, addiction, and recovery.

In a 1972 interview with Rolling Stone, Taylor explained. “The first verse is about my reactions to the death of a friend (Suzanne). The second verse is about my arrival in this country with a monkey on my back, and there Jesus is an expression of my desperation in trying to get through the time when my body was aching and the time was at hand when I had to do it. And the third verse of that song refers to my recuperation in Austin Riggs which lasted about five months."

On the surface, “Under the Bridge” seems like a song about Anthony Kiedis’ bittersweet love affair with the City of Angels. In a sense, it is. The song reflects the severe isolation Kiedis felt from bandmates after close to three years of sobriety from heroin. He truly felt as if Los Angeles was his only companion.

In his autobiography, Scar Tissue, Kiedis recounts, "I felt an unspoken bond between me and my city. I’d spent so much time wandering through the streets of L.A. and hiking through the Hollywood Hills that I sensed there was a nonhuman entity, maybe the spirit of the hills and the city, who had me in her sights and was looking after me."

The song began as a poem hidden away in one of Kiedis’s notebooks until RHCP producer Rick Rubin discovered the words and encouraged it be shared with the band. Reluctant yet willing, Kiedis agreed and the band layered on chords a bit happier than the songs content.

If you said no to cocaine, then you are correct! Before you attack… hear us out. “Cocaine”, originally written by J.J. Cale and released in 1976, is actually an anti-drug song. Rereleased by Clapton in 1977, it was just sexy and subtle enough to slip into the psyche of the masses and become quite the ironically addictive diddy itself.

As Clapton explained on the radio program, The Best of Everything Show, "It’s no good to write a deliberate anti-drug song and hope that it will catch. Because the general thing is that people will be upset by that. So the best thing to do is offer something that seems ambiguous. If you study it or look at it with a little bit of thought, from a distance or as it goes by it just sounds like a song about cocaine. But actually, it is quite cleverly anti-cocaine."

A beautifully written and performed song, Ben Folds’ “Brick” becomes heavier upon delving into it’s ancestry. While the delicate piano and sweetness of Folds’ voice makes any of his melodies a delight to sing along to, this song is far more intimate than the bare ear first assumes.

On his album Ben Folds Live, he explains, "the song is about when I was in high school, me and my girlfriend had to get an abortion, and it was a very sad thing."

"I didn’t really want to write this song from any kind of political standpoint, or make a statement. I just wanted to reflect what it feels like. So, anyone who’s gone through that before, then you’ll know what the song’s about."

His honesty and candidness in the lyrics and explanation provide a privileged glimpse into a vulnerable piece of the the human experience.