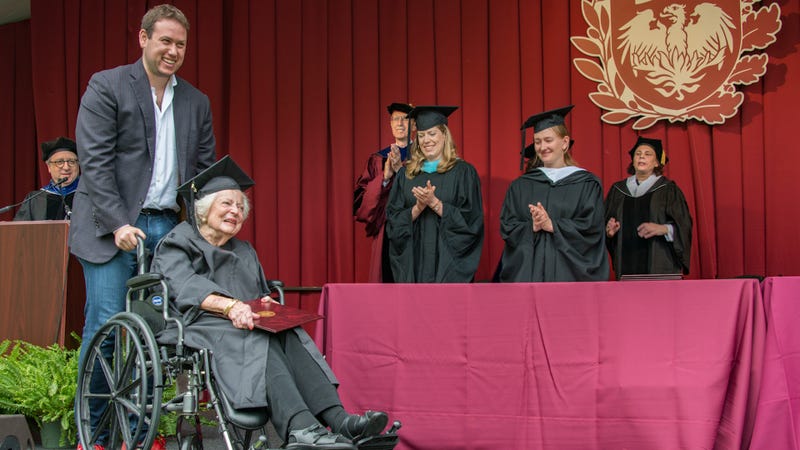 This 90-year-old’s dream to graduate college is finally coming true.

70-years-ago, June Gordon Marks Patinkin first started working towards her degree at the University of Chicago when she was just 16-years-old.

June put her education on hold when she moved to Paris in order to help rebuild Europe after World War II. She raised five sons, worked as a jeweler and continued to take courses but never knew that she actually had enough credits to graduate -- until now! June is officially becoming the University's oldest graduate at 90-years-old.

Over 2,000 students graduated from #UChicago this weekend, but only one of them had five grandchildren in...

Posted by The University of Chicago on Tuesday, June 12, 2018

Though most of her learning was done out of the classroom, June proves you’re never too old to set some new milestones!