LSU rewrote the record books this season. But with every accolade, Tigers quarterback Joe Burrow consistently said he wouldn’t reflect on those accomplishments until after the season.

“We're still celebrating,” he said. “Give us a couple of days. We've got tonight, we've got the rest of this week. We're going to enjoy this one. A lot of work was put into this that nobody ever saw, Saturdays, Sundays, seven days a week for 12 months. This is special.”

Burrow,who was seen smoking a cigar after the game, did however say he was feeling some “pretty good emotions” after the 42-25 win.

“This doesn't happen – this doesn't come around every year,” Burrow said. “This is a special group of guys that really came together and it's as close of a group as I've ever been around. I'm just so happy I was able to do it with Coach O, Patrick and the rest of the guys in that locker room.”

With the help of the guys in the locker room Burrow threw five touchdown passes and rushed for another as he broke former Hawaii standout Colt Brennan’s record of touchdown passes in a single season (58) finishing the year with 60 scoring throws. He threw two touchdown passes to his Biletnikoff award winning receiver Ja’Marr Chase who had his third 200-yard receiving game of the season. 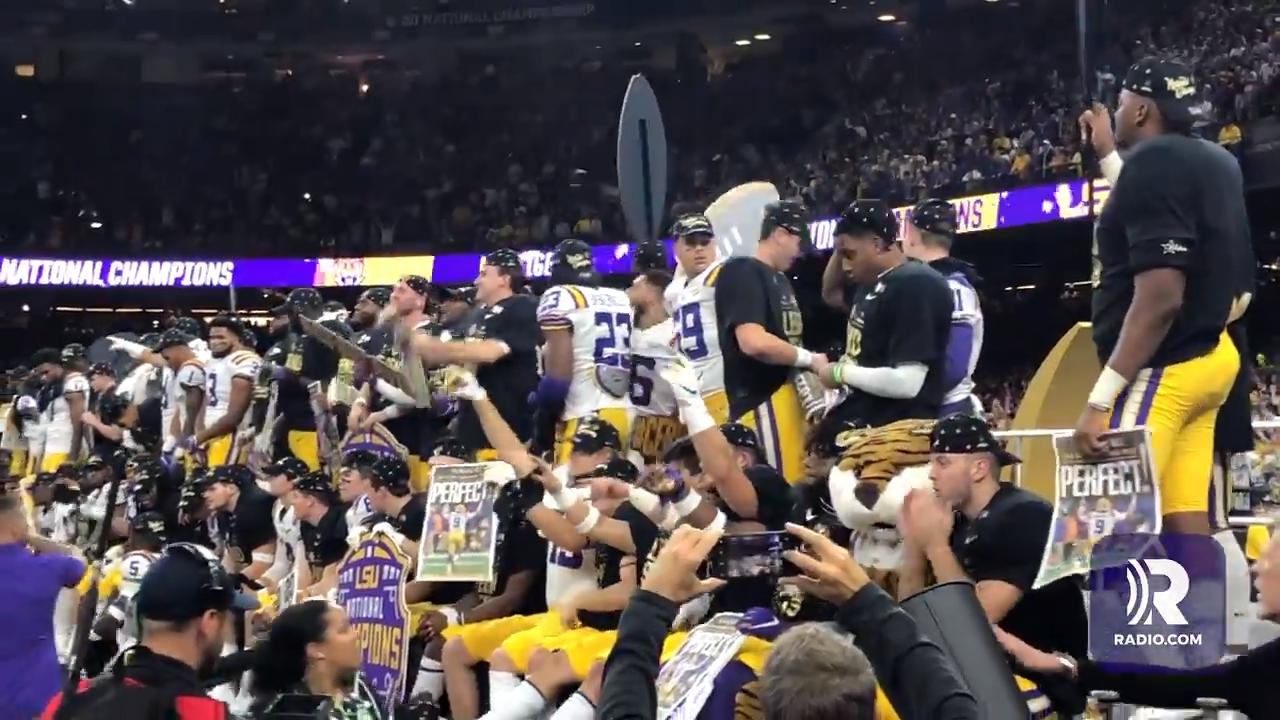 “The first couple series I didn't think there was any way they were just going to play man with Ja'Marr, so I wasn't really looking his way and then I got back to the sideline after the second drive and I was like they really are playing man-to-man with Ja'Marr, so we started going to him heavy and he plays so well, and that's just the kind of guy he is. He's worked so hard for that, all of our guys,” Burrow said.

More than anything, the quarterback said he was happy to be a national champion.