When Super Bowl LIII was held in Atlanta lat season, many artists took a stance against the NFL over its treatment of Colin Kaepernick, who has not been signed by a team since he began kneeling during the national anthem to protest social injustice. Leading the way was Jay-Z, who reached out to artists to ask them not to support the NFL because the former San Francisco 49ers quarterback remained unemployed.

The boycott resulted in artists, such as Rihanna, declining to perform in the Super Bowl halftime show.

Rapper Jermaine Dupri, considered the unofficial “Mayor of Atlanta,” rejected calls to boycott the NFL and decided to produce a week of free concerts in Centennial Park leading up to the Super Bowl for his home city. Dupri was then called a “traitor” and a list of other insulting names for his “support” of the NFL's big weekend.

Fast-forward to the NFL season approaching, with Jay-Z and his ROC NATION venture recently making an entertainment deal with the NFL. Things have now become controversial for the hip-hop mogul.

Dupri and producer Bryan Michael Cox sat down with Big Tigger on V-103 Wednesday to clear the air and respond to the comments about dealing with the NFL, also discussing the recent conversation he had with Jay-Z.

"I wanted him to not get lost in the sauce of whatever's being said," Dupri says of the call. "I think that's the most important part of this, is that people have jumped to all kind of conclusions."

"The same defenders were killing JD," he says of those speaking up in support of Jay-Z, but Dupri still thinks it was a good idea for Hova to get involved. "I would say yes because I was involved. I feel like you can't change anything unless you get involved."

"You have to be involved with something if you want to make a change in that something."

You can watch the full interview with Jermaine Dupri and Bryan Michael Cox above. 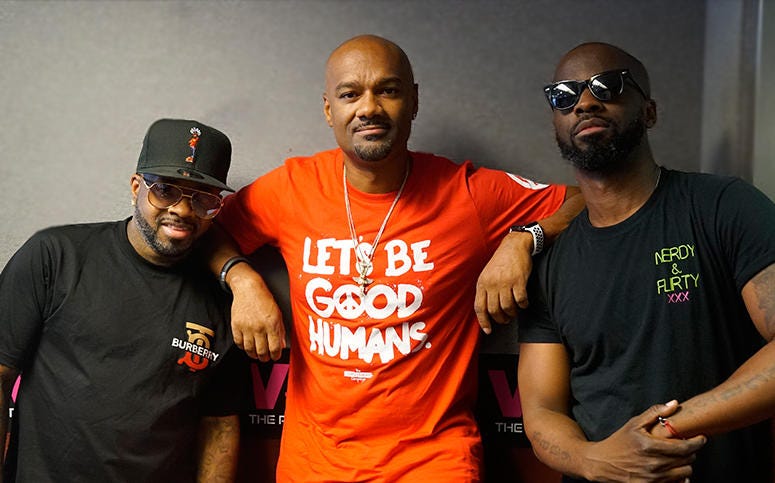