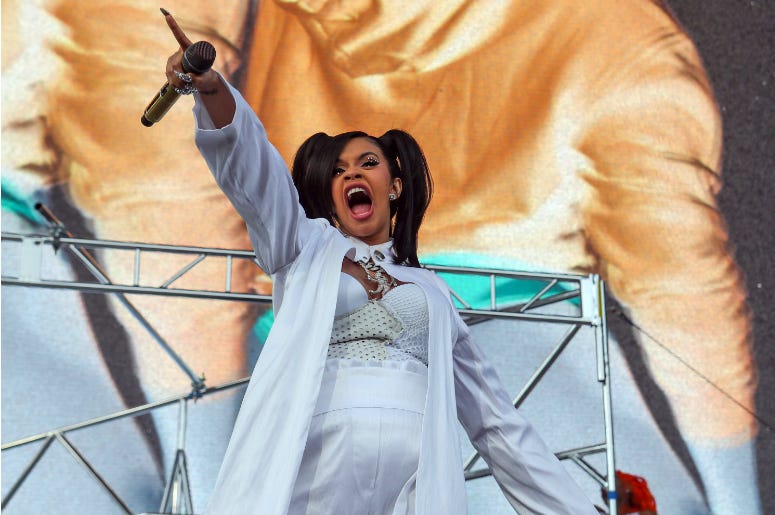 She said she likes it like that! Cardi B is headed to Vegas for her first ever residency.

The Bronx rapper will perform at the Palms Casino Resort as part of KAOS, a day club and nightclub amphitheater-style complex set to open in April, according to various reports.

KAOS is part of the Palms' 690 million renovation plan that will feature state-of-the-art technology for enhanced performances.

There will be a rotating 360-degree DJ booth which will come in handy for Skrillex's residency at the complex.

In addition to Cardi and Skrillex, Above and Beyond, and G-EAZY will also spend some time performing in Sin City.

No word on when Cardi's residency will begin or how many shows she's going to be performing.

In a short period of time, Cardi B has accomplished quite a lot. Her song "Bodak Yellow" made her the second female rapper to chart with a solo single following Lauryn Hill who topped the list in 1998.

Her very real and political rant about the government shutdown made headlines recently, and she was also chosen to be Pepsi's star for this year's Super Bowl!

Meanwhile in Sin City, Britney Spears recently pulled her upcoming residency slated to start in February after her father fell gravely ill and she needed to spend time with family.