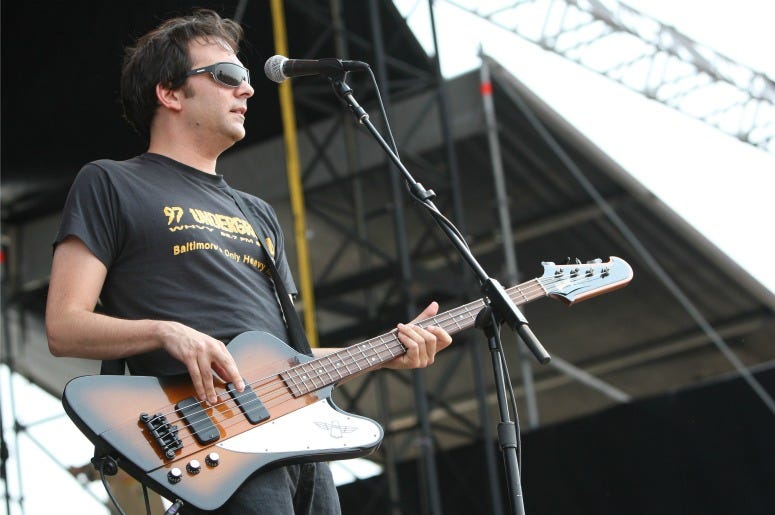 Adam Schlesinger of Fountains of Wayne has passed away at 52 from complications related to coronavirus. The news comes just one day after initial reports that the musician was on a ventilator in an upstate New York hospital.

In addition to co-founding the GRAMMY-nominated band Fountains Of Wayne with Chris Collingwood, Schlesinger was a prolific songwriter for television and film, earning an Emmy for his work on the show, Crazy Ex-Girlfriend, and an Oscar nomination for co-writing the theme song from the film, That Thing You Do!

Adam Schlesinger co-founded Fountains of Wayne and earned two Grammy nominations in 2003, for best new artist and for best pop performance by a group for the top 20 single "Stacy’s Mom" https://t.co/oeCCUerCEX

On Tuesday, reports surfaced from one of his former bands, that Schlesinger was in a medically-induced coma from coronavirus complications. His longtime attorney, Josh Grier, spoke out to clarify, stating that he was "very sick" but he could not confirm the coma. On Wednesday, Grier confirmed the death of Schlesinger in a statement to the New York Times.

Fountains Of Wayne was started by Schlesinger and Collingwood in New Jersey in 1995. In 2003, the band broke through into the mainstream with “Stacy’s Mom.” The song climbed to number 21 on the Billboard Hot 100 and spent 17 weeks on the chart.