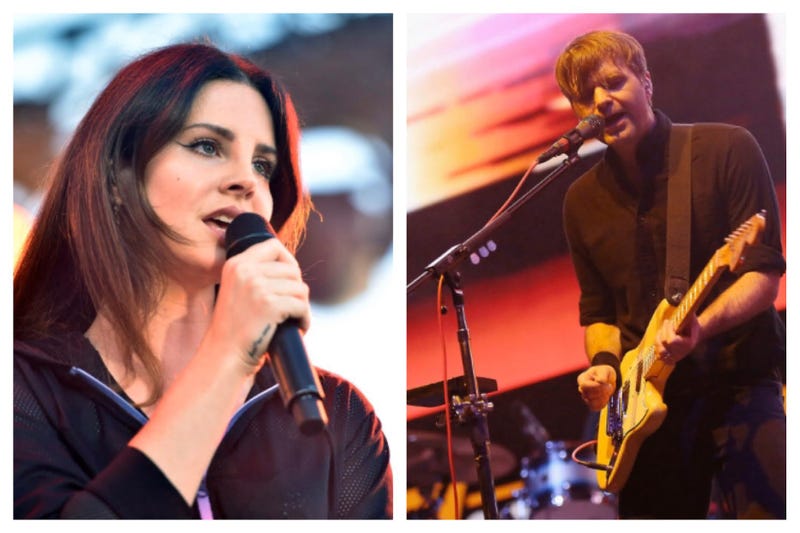 After Death Cab For Cutie frontman, Ben Gibbard, delivered a solo set before Lana Del Rey took the stage Monday night at the Bellco Theatre in Denver, Colorado, he came out to play a Death Cab classic with her. The two performed "I Will Follow You Into The Dark," captured in some fan-shot footage.

This is far from the first big collaboration of late for Del Rey. Last month Lana brought out folk legend Joan Baez during her Berkeley show for a Bob Dylan cover. She's also had Chris Isaak, producer Jack Antonoff, Sean Lennon and other guests join her during her current tour.

Speaking of collaborations, Lana will be a part of Kacey Musgrave's upcoming Christmas special, arriving on Amazon Prime on November 29. She also appears on the Charlie's Angels soundtrack released last week, alongside Ariana Grande and Miley Cyrus.