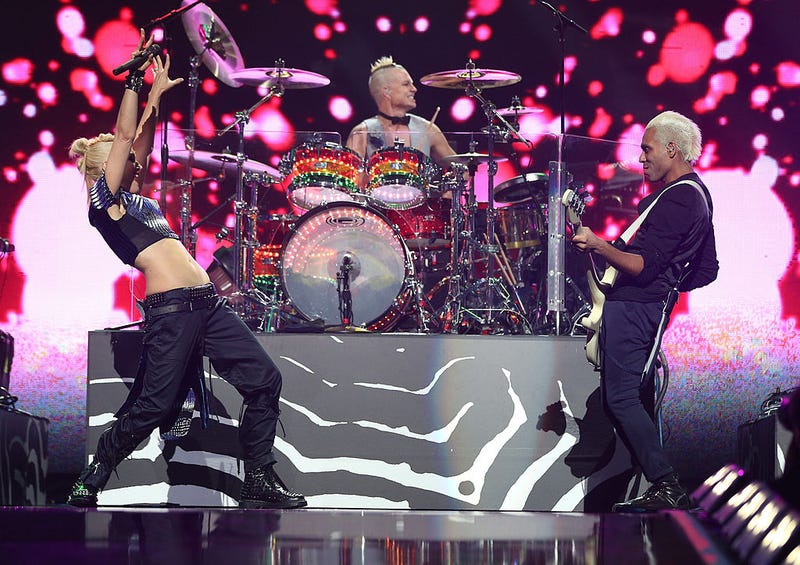 In Young's post commemorating the album's anniversary he said, "Let's do some shows to celebrate next year!" Along with a "tk25tour" hashtag.

Wow! Tragic Kingdom is 24 years old! Great memories of that record and tour. Let’s do some shows to celebrate the 25th next year!🥳😃 #tk25tour?#TomDumont #gwenstefani #tonykanal #tragickingdom

Green Day drummer Tre Cool commented excitedly with some emojis, along with many other fans who fully support the idea.

No Doubt hasn't performed together since 2015 and members have been busy with their solo careers. Gwen Stefani has been doing her thing of course, and Tony Kanal, Tom Dumont, and Adrian have been a part of the band DREAMCAR with Davey Havok of AFI.

We'll let you know if an anniversary tour comes to fruition.