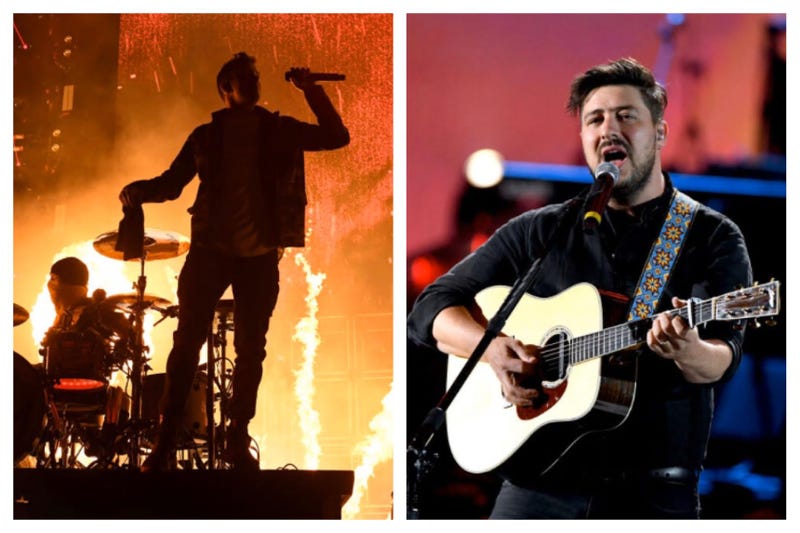 Billboard has unveiled their end of the decade rankings and the top Rock albums from 2010 - 2019 belong to twenty one pilots and Mumford & Sons.

Based on weeks spent at #1 on the chart, and overall chart performance between Dec. 5 2009 - Sep. 28, 2019, twenty one pilots' 2015 album Blurryface earned the top spot for the decade with 234 weeks spent on the chart and its continued success in the top half of the chart for several years after its release according to Billboard.

The Decade on the @billboardcharts: @Imaginedragons' #Believer is the No. 1 rock song & @twentyonepilots' #Blurryface is the top rock album

Mumford & Sons' 2009 debut album Sigh No More came in at #2 for the decade after spending 180 weeks on the album chart, six of which were at the top spot.

In addition to landing two albums in the top five, Imagine Dragons also own the top three Rock songs of the decade with "Believer," "Thunder," and "Radioactive."

"High Hopes" from Panic! At The Disco and "Ho Hey" from The Lumineers round out the top Rock songs of the decade.

You can see both twenty one pilots and Mumford & Sons this December in San Jose at RADIO.COM's Not So Silent Night 2019.