To call Rap or Go to the League a star-studded album is big, giant understatement! 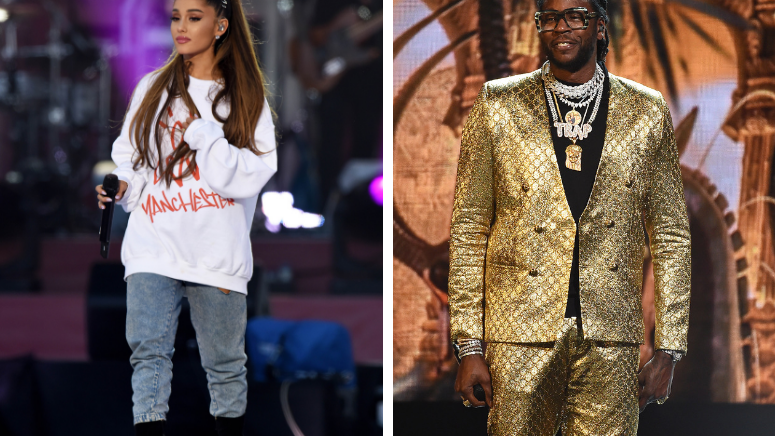 The fifth studio album from 2 Chainz is out and features a who's who of hip-hop. Everyone from Chance the Rapper to Lil Wayne stepped in for guest spots. Of all the guests on the new album, we were most interested in seeing what it was like working with Travis Scott, Chance the Rapper, Kendrick Lamar, and pop princess Ariana Grande.

Hear what the "Rule the World" rapper says he learned by spending some time with Ari in our EXCLUSIVE Interview above.

Check back with us soon to hearmore about 2 Chainz, ROGTTL, and basketball! Yup, you heard that right.