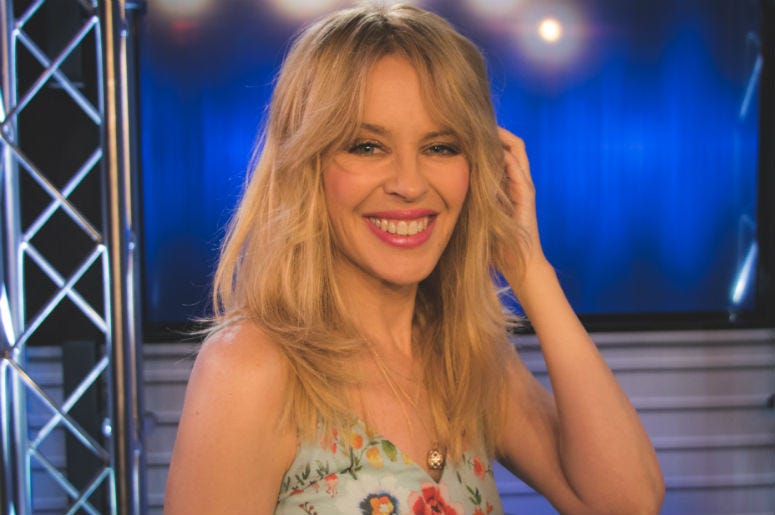 Kylie Minogue is an accomplished musician whose tracks have been tearing up the dance music charts across the globe for YEARS.

So what happened when we asked kids to show off their dance moves to Kylie? Well, let's just say that it's TOTALLY adorable!

Who knew the trick to Kylie's dancing success would be to learn dance moves from kids?! We love you, Kylie!

The "Can't Get You Out of My Head" singer has taken a bit of a shift with her fourteenth studio album. That album, Golden, which was released in April, perfectly blends pop and country music to make us feel like dancing! Click here to purchase the album right now.

In fact, the lead single, "Dancing," is one of our favorite tracks that we've heard this year:

Kylie, meanwhile, is gearing up for a set of European tour dates later this year in support of Golden.