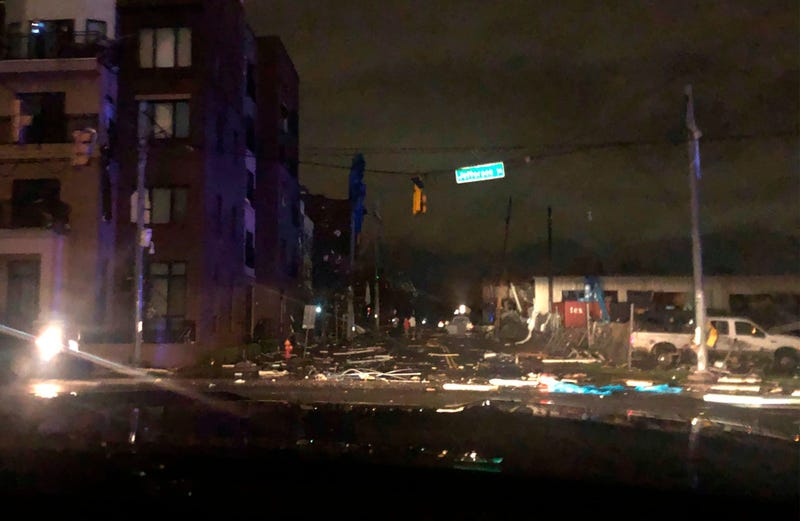 Photo credit Debris scattered across an intersection Tuesday, March 3, 2020, in downtown Nashville, Tenn. The National Weather Service in Nashville confirmed a tornado touched down in the area. (Celia Darrough via AP)
By RADIO.COM

Glenn Close dazzled on the Oscars red carpet in a dress that weighed a whopping 42 pounds.

Close, who is nominated for Best Actress for her role in The Wife, wore a gown adorned with four million beads and designed by Carolina Herrera.

"It just happened," stylist Chloe Hartstein, who dressed the 71-year-old star, told The Hollywood Reporter. "Glenn’s dress was really a way to tie in the narrative through out awards season, and her love of strong suiting. Melissa [McCarthy]’s look just seemed so bada**, cool and strong, she loved the idea of wearing pants and not a dress tonight."

The dress was assembled in New York and India, with over 40 craftsmen putting it together, reports Entertainment Tonight.

The beads were hand-stitched in radiating lines and attached to an inner corset.

Check out some other iconic Oscars looks from throughout the years.